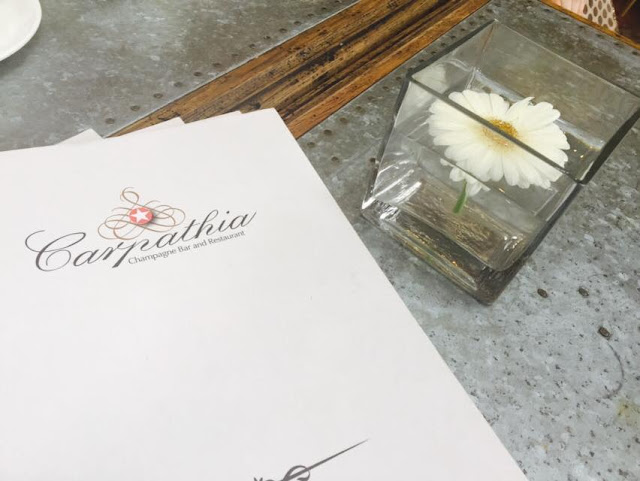 Yesterday, I had the day off work. Hurray for flexi-time!

With it being half term and the whole world seemingly also off work it seemed like the best opportunity to get out and about. It was decided that me, my Mum, Jo (my brother's girlfriend) and Jo's Mum would venture into Liverpool for a girlie shopping trip and a posh afternoon tea. With Jo and her Mum being native Liverpudlians, hailing from Fazakerley*, our expert Jo determined that The Carpathia Champagne Bar & Restaurant would tick all of our afternoon tea boxes.

The restaurant is situated at the top of a very plush hotel, 30 James Street - Home of Titanic. The whole building is steeped in history and commemorates both RMS Titanic and the White Star Line to celebrate Liverpool’s maritime history.

The ship theme continues throughout the building - dripping in chandeliers, luxurious carpets, and gold adorned features - a nod to lavishness of the magnificent yet fateful Titanic. The restaurant is named after the Liverpool vessel, RMS Carpathia, which rescued all 705 Titanic survivors.

Up on the 7th floor you get some amazing views as the restaurant overlooks The Strand waterfront and offers spectacular views of The Three Graces. Unfortunately, it was a very cold and dreary day but the outside terrace looked like it would be a fantastic place for a drink on a summer’s day. Up here you feel out of the way of the hustle and bustle of the streets below. 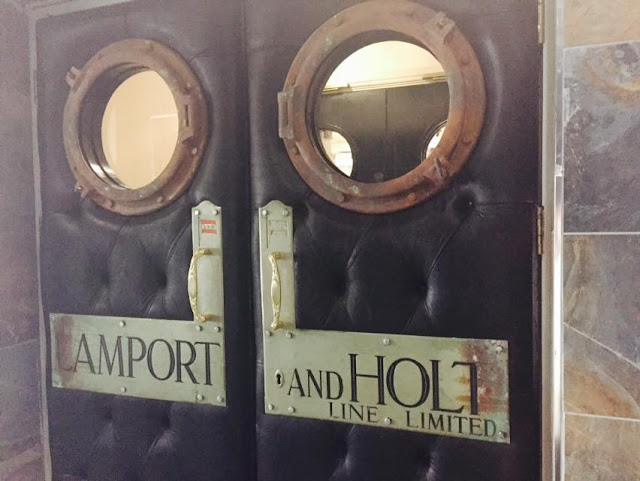 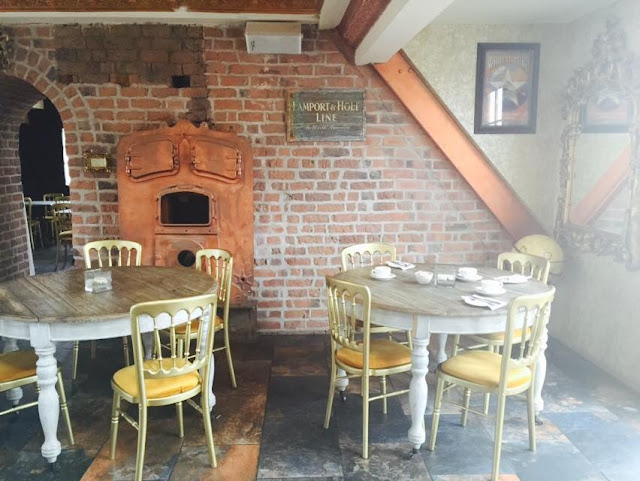 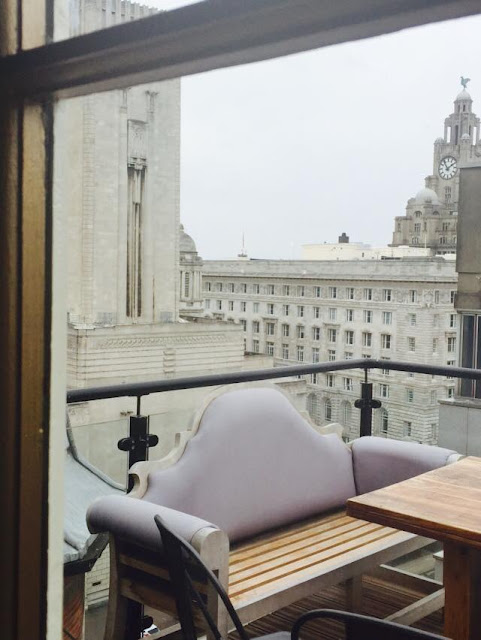 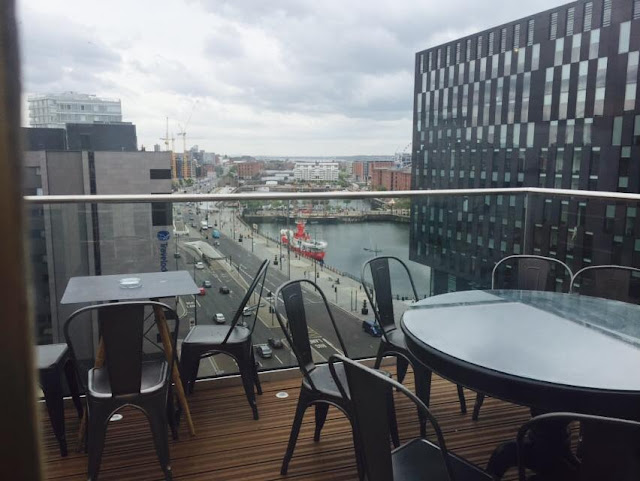 Afternoon Tea in the Carpathia Restaurant is £19.95 with Tea or £24.95 with Bubbles. All of us were being very good and opted for the no-bubbles option… mainly because we were all starving and the bubbles posed a real risk to major impulse buying later on.

The afternoon tea was good overall.

The selection of tea and coffee was great, even doing decaf coffee for my Mum and decaf tea for me… otherwise we would have been wired for sound for the rest of the day. They also offer Darjeeling, earl grey and other flavours.

We didn’t get a menu so I can’t be too specific about the food on offer. However, there was a modest 3 types of sandwiches - ham and mustard on a larger crusty roll; cucumber and crème fraiche finger sandwiches; and chicken tikka style finger sandwiches. On reflection the sandwiches were just enough to leave room for the many cakes and scones!

For the cakes, there were fruit/cream meringues, cherry cupcakes, red velvet slices and chocolate éclairs.

The top layer was reserved for the resident afternoon tea favourite scones, cream and jam.

The pictures speak for themselves! 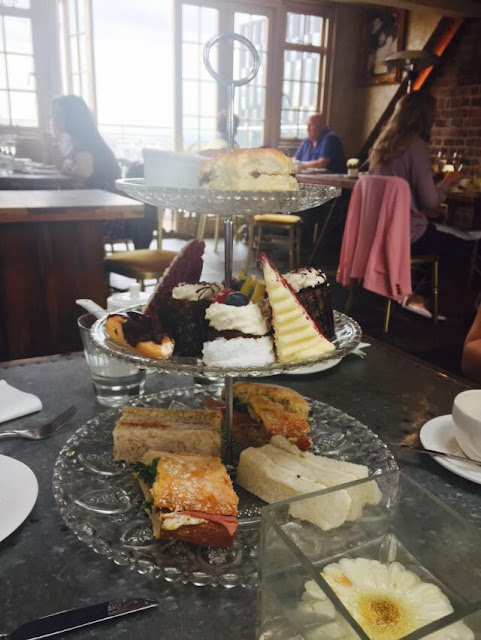 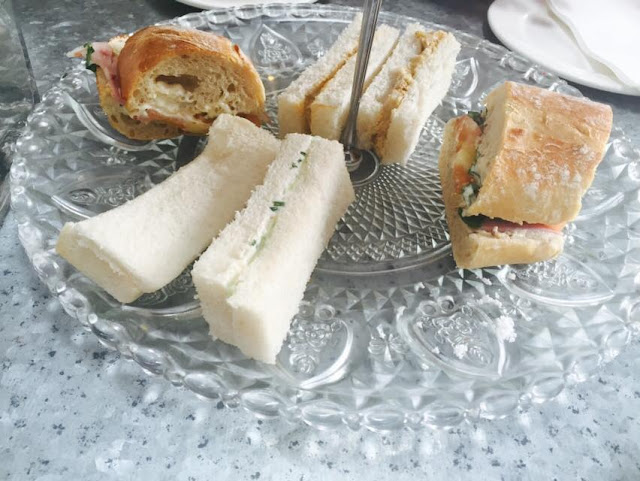 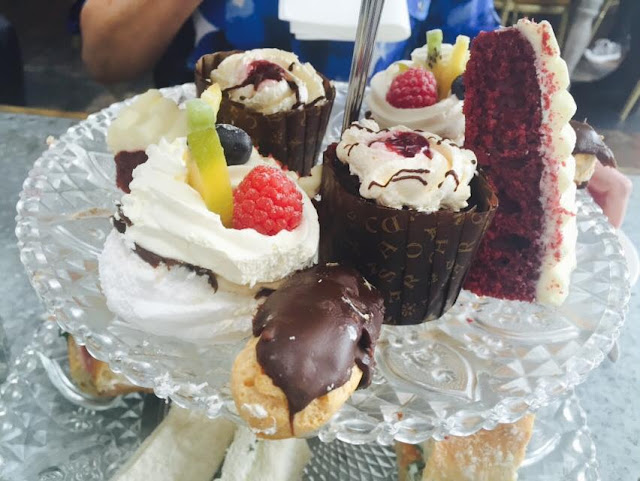 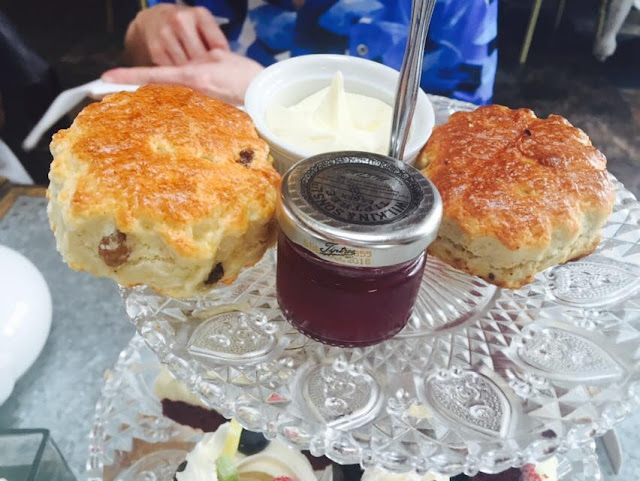 The one downside, which we all agreed was a bit of a let-down, was the pretty poor service. There seemed to be a lot of staff around not doing very much. Our table as well as other people in the restaurant seemed to be sat around waiting for long periods in time. Our tea/coffees arrived after 30 minutes. It took nearly an hour for the afternoon tea to arrive which resulted in the drinks going cold by the time the food arrived.

Also the waitress kept forgetting everything we asked for – milk, water for the table, a missing cup. We constantly had to ask for refills of milk or tea/coffee and it took ages to flag someone down. I realised on the way to the bathroom, that there were a lot of staff chatting or busying themselves with other tasks (like folding napkins in the corner) rather than paying attention to the customers. There must have been a delay in the kitchen or something because all the afternoon teas seemed to come out at once. To be honest there’s no excuse for lateness with an afternoon tea. For a place which is quite upmarket I expected that there would be more attentiveness paid to the guests.

Nevertheless, our afternoon tea set us up nicely for our shopping expedition. We headed to Liverpool One and braved the pouring rain to get our shopping fix. Best of all the shops being the Harvey Nichols Beauty Bazaar and, of course, the ginormous Primark!

Overall, it was a grand day out.

(*although Fazakerley sounds like a seaside resort in Turkey, it is in fact not. This was me being rather stupid. According to my trusty internet source called Wikipedia, Fazakerley takes its name from Anglo-Saxon root words – all descriptive words pertaining to land; Faes-aecer-leah. This can be broken down to faes (border or fringe), aecer (field) and lea, or lei, meaning a wood or clearing. Not only can you use this blog for foodie knowledge, you can also learn Anglo Saxon. Perhaps this could be our USP…).