We had a pleasant surprise a couple of weeks ago when my in-laws called us up one evening to see if we fancied a bite to eat.

With no particular restaurant in mind, we headed to Ramsbottom as there are so many good eateries to choose from (like Hearth of the Ram) and I was hoping to tick a new place off my 'must try' list.

After driving around in a thunderstorm debating where to try, we stopped off for a drink at the Eagle and Child.

We decided to stay here and eat but all at once the pub got surprisingly busy for a Tuesday night.  Our tummies were rumbling so after waiting 30 minutes we decided not to wait any longer for a table and continued on our journey.  Maybe next time!

My Mother-in-Law, Liz, remembered a spot only 10 minutes away which she had eaten at a few years ago, so we decided to see what had become of The Fisherman's Retreat. 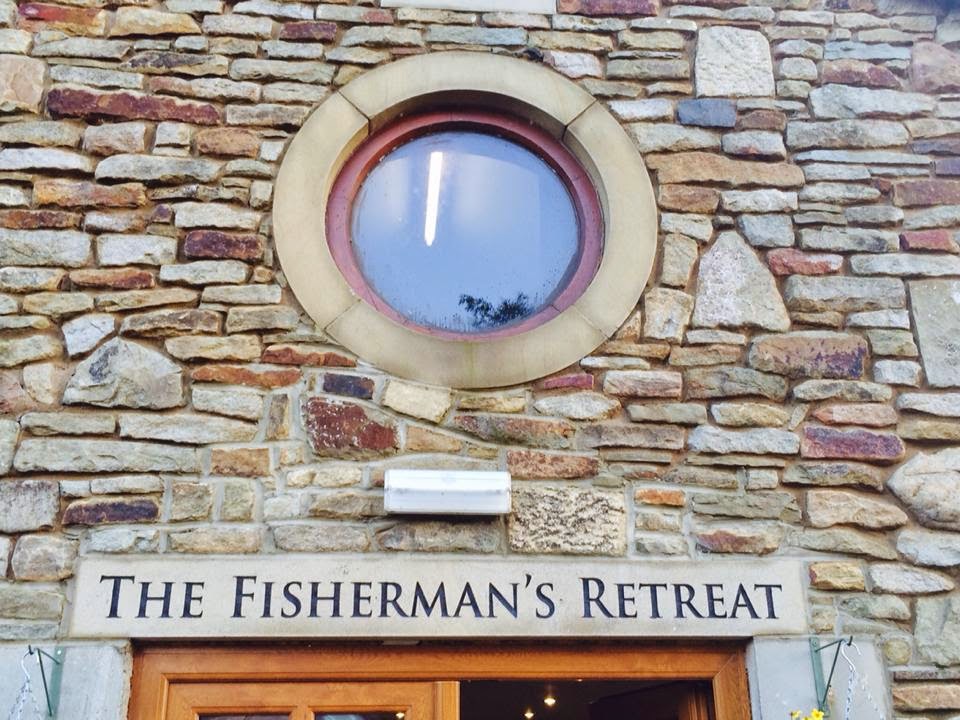 A little off the beaten track, the restaurant is surrounded by the rolling Lancashire countryside and has beautiful views in all directions.  With 80 acres of land, they rear much of the restaurant's meat and catch fish from the on-site fishery.  Can't get fresher than that! 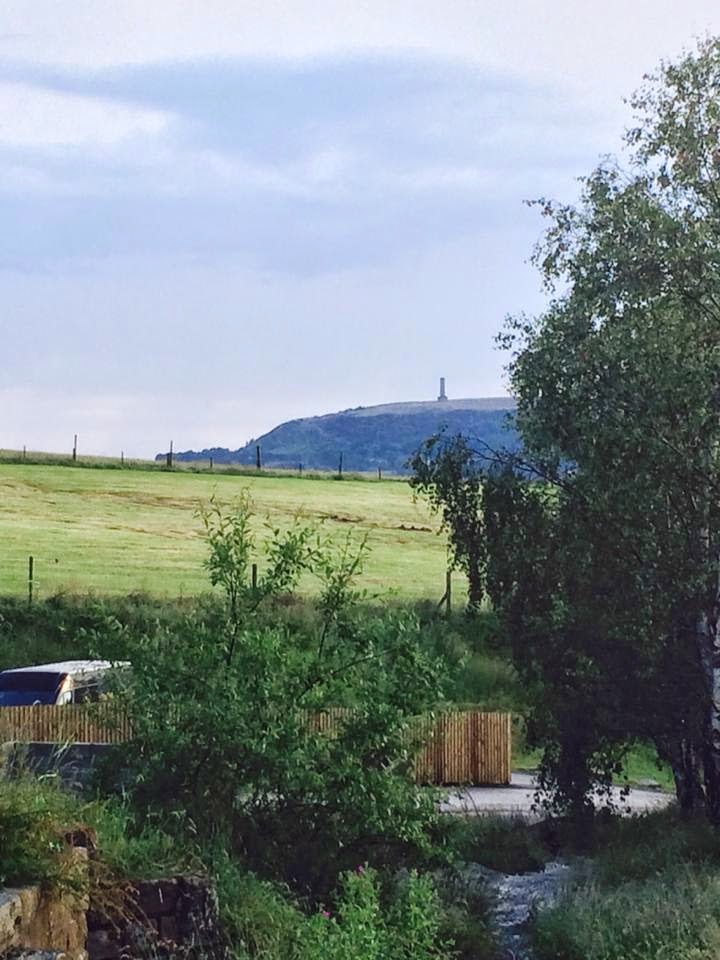 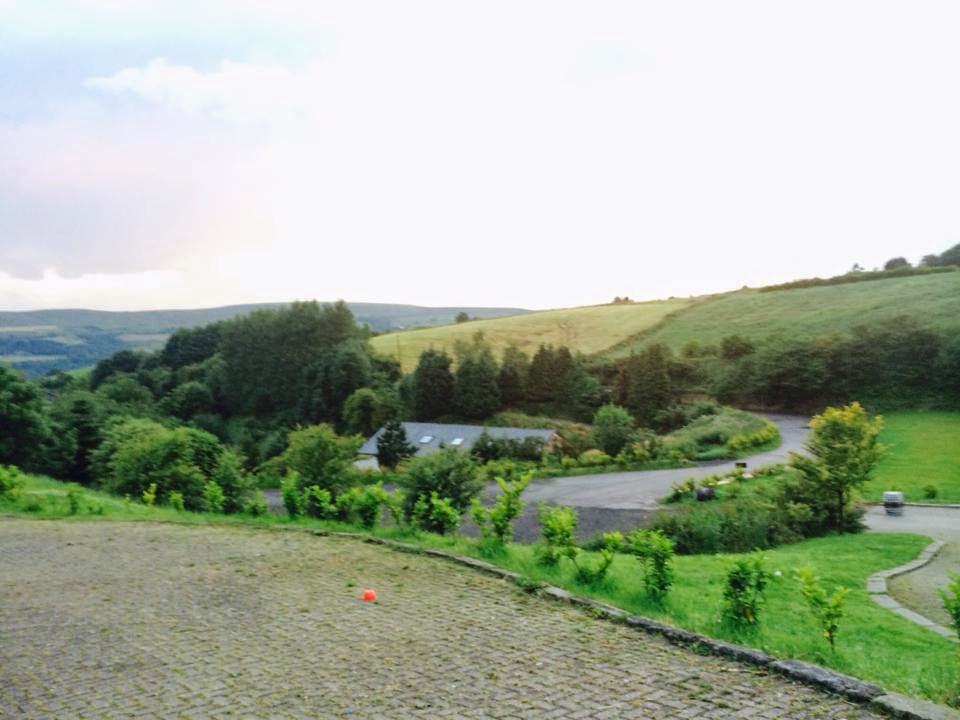 We were welcomed by the friendly staff and invited to take a look at the menu from the comfort of the big sofas in the lounge.  With an extensive cocktail menu (Hannah had a Forbidden Fruit), hundreds of whiskies and champagne on display and beers on draught this is a great place to pop in for a scenic drink. 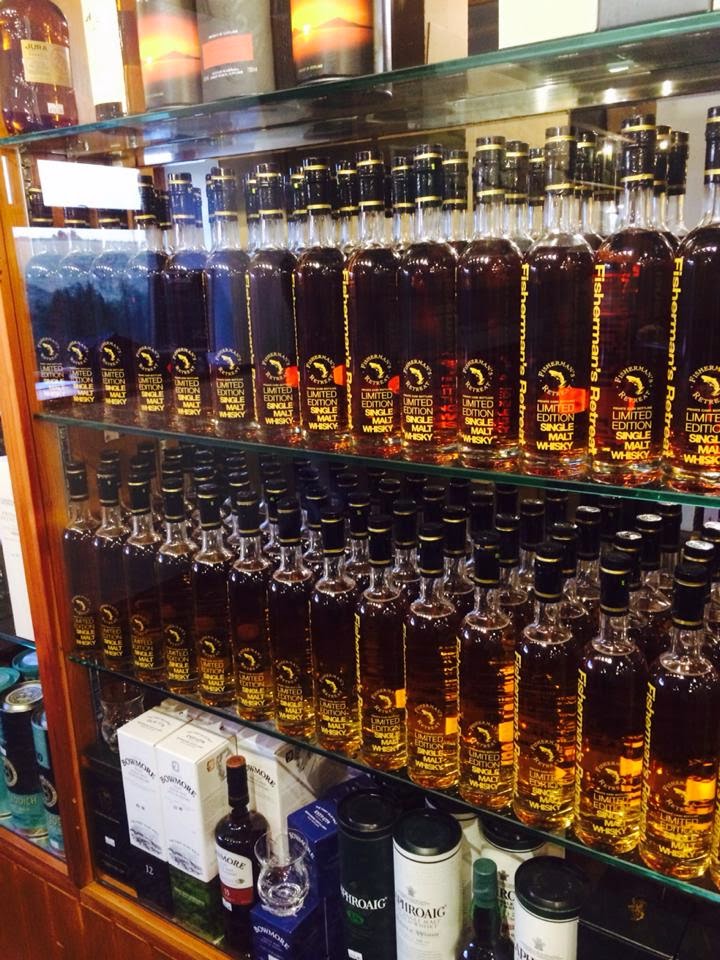 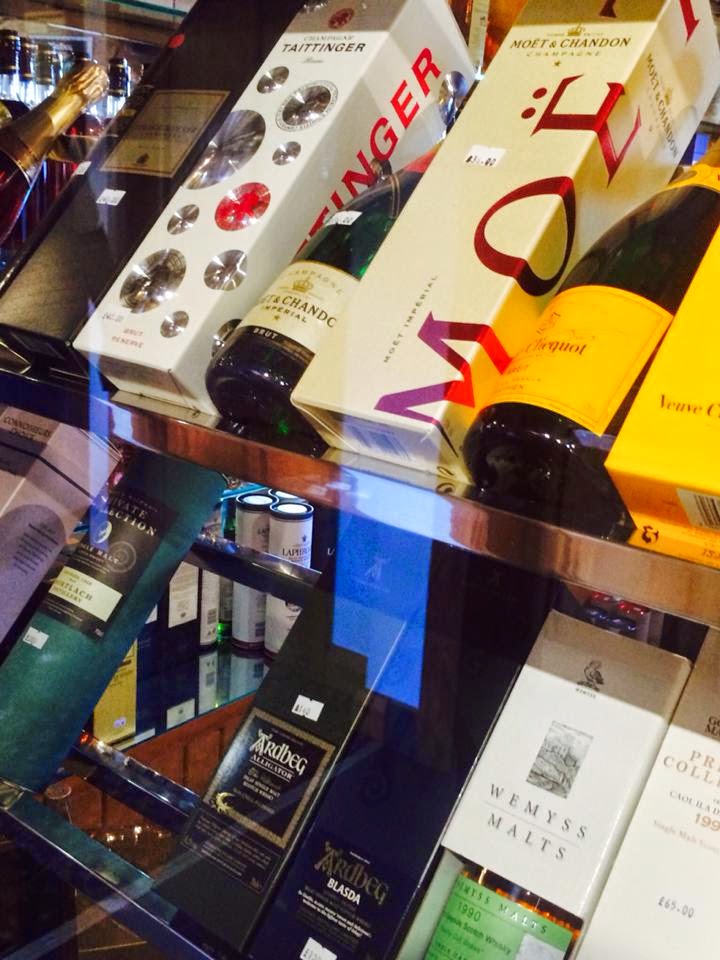 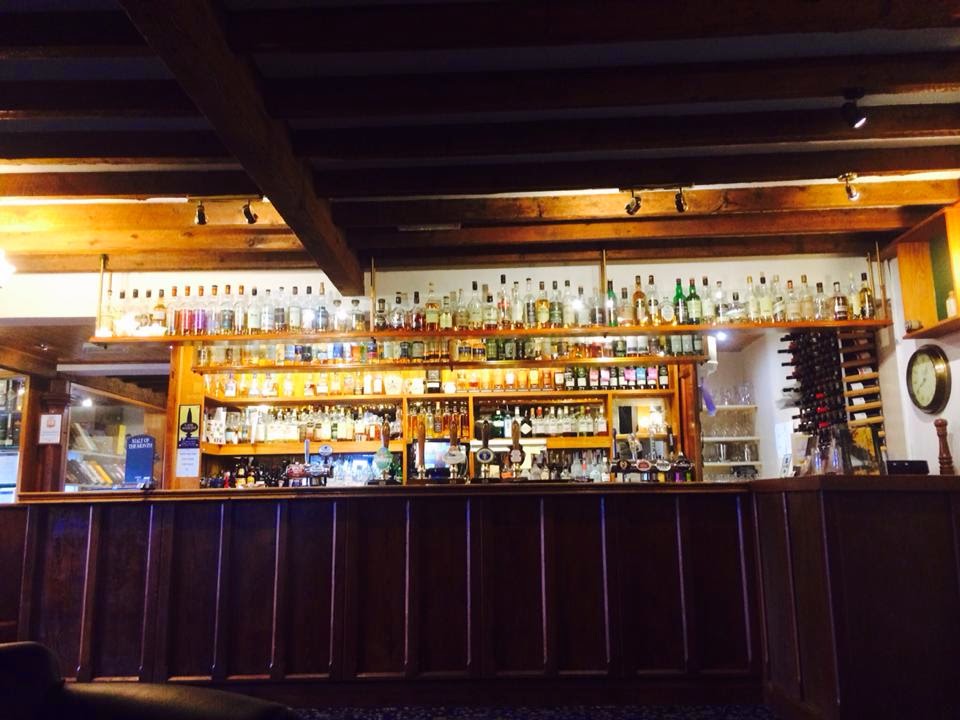 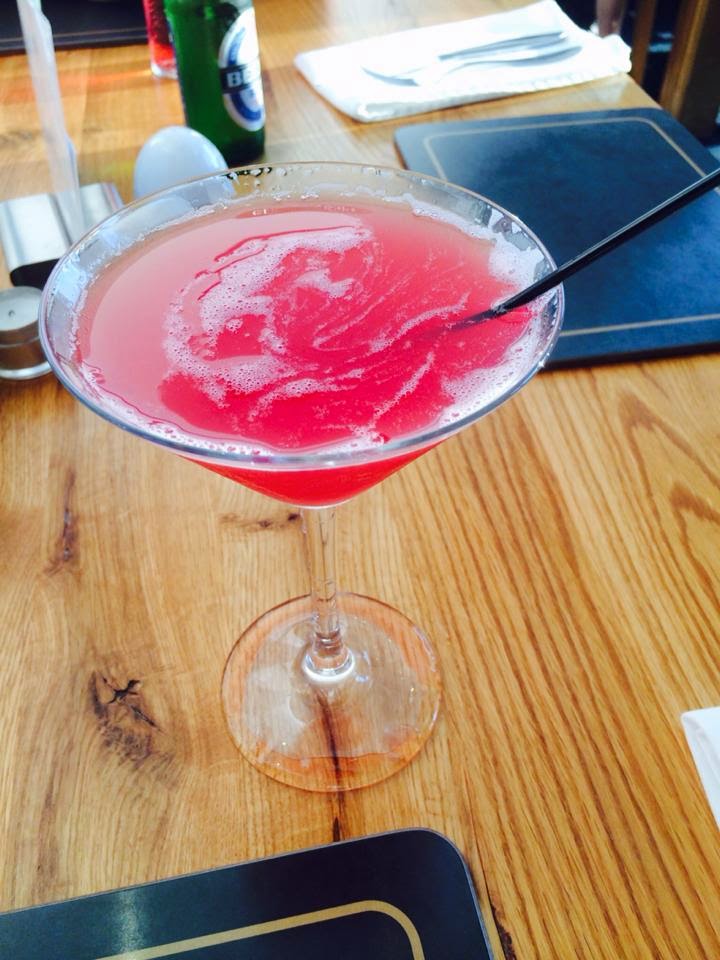 The restaurant itself has been transformed beyond recognition and is often used as a wonderful wedding venue thanks to the renovation.

The end wall is now a huge floor to ceiling window which allows you to gaze at the vista while you munch on your locally produced nosh.
The storm had just passed so we had the pleasure to eat as the sun streamed through the clouds and the blue skies emerged. 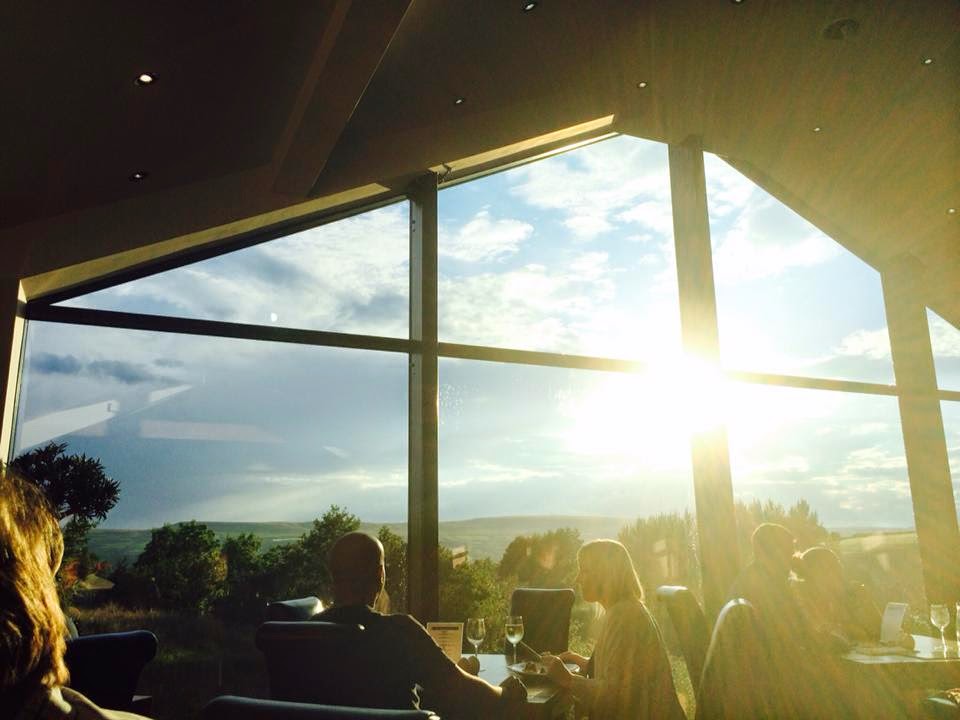 To start I chose the pheasant and asparagus.  I have had a real appetite for game recently and took the opportunity to try one of the specials on offer.

If you have never eaten game, I would urge you to try it as each different bird has a unique and wild taste to it.  This dish fully satisfied my craving and the pheasant was moist and light. 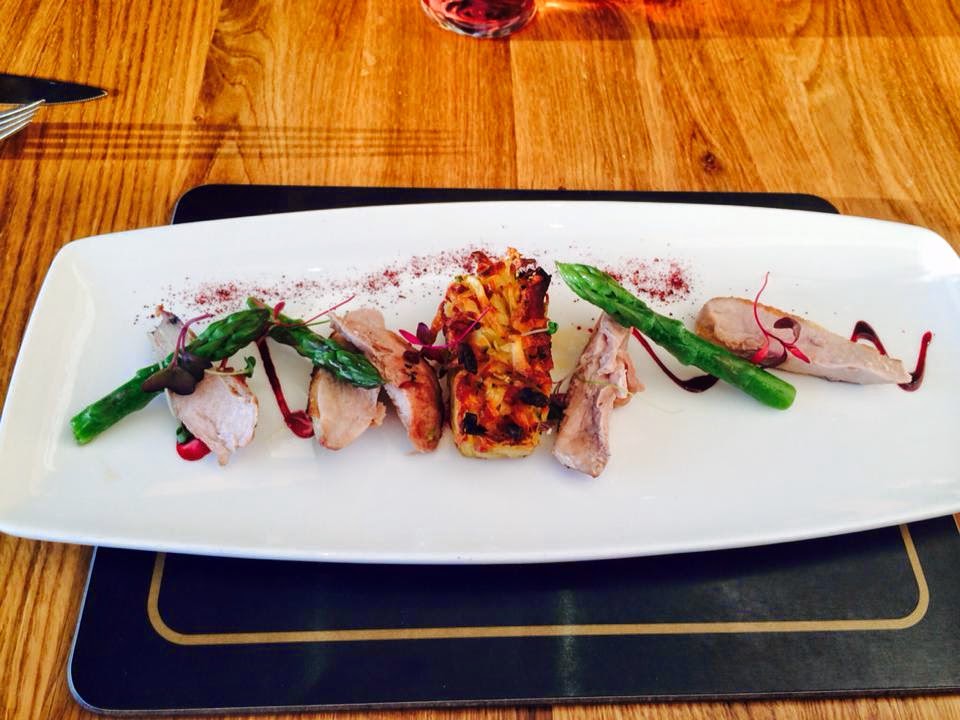 Liz had a most beautiful dish of Thai spiced fishcakes, sweet chilli jam and Thai noodle salad which not only looked amazing but delivered on flavour too. 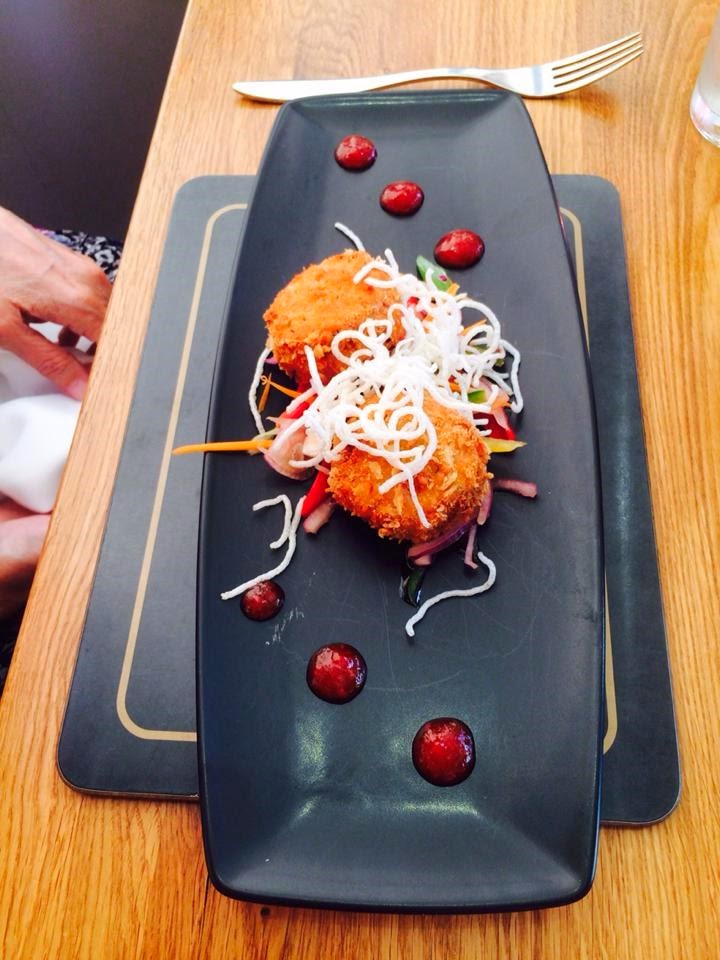 Both Hannah and her Dad ordered the very generous portion of smoked salmon with horseradish sauce and sundried tomatoes. It was delicate but meaty too but instead of coming warm as described on the menu, it came chilled. 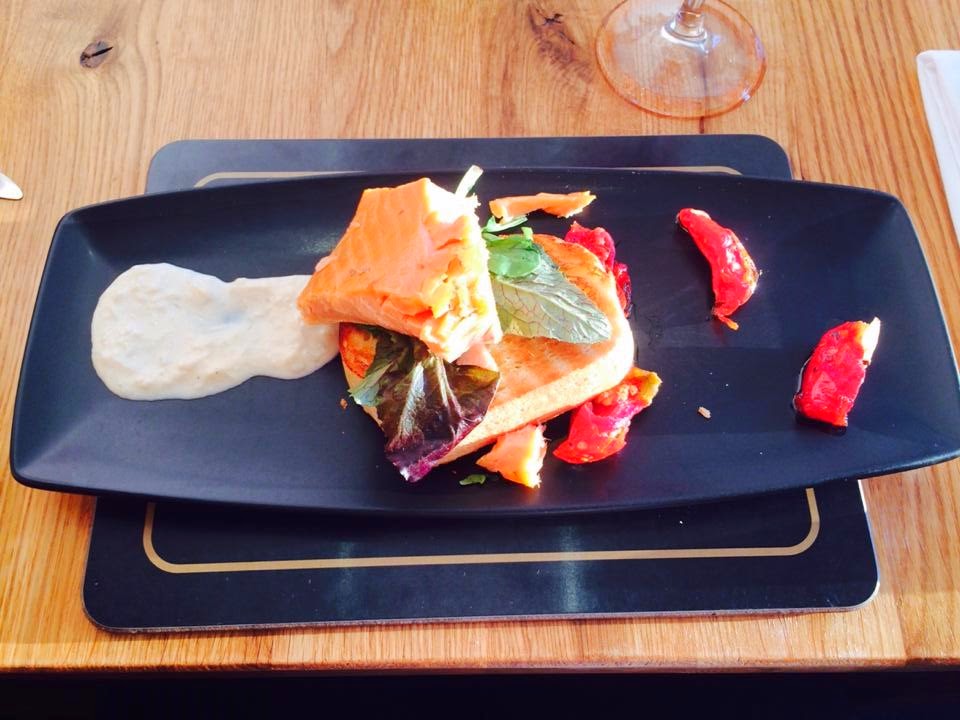 Earlier, whilst we had been relaxing in the lounge, the staff had served an amazing looking burger to another table.  I couldn't find it on the menu so I asked the waitress about it who informed me it was from the lunch menu.  Perhaps it was my puppy dog eyes that convinced her to let me and Liz order it as a main that evening.

The rump steak burger had a strong meaty taste which went perfectly with the smoked bacon, fried onions and red onion chutney.  Chutney on a burger is my new religion... 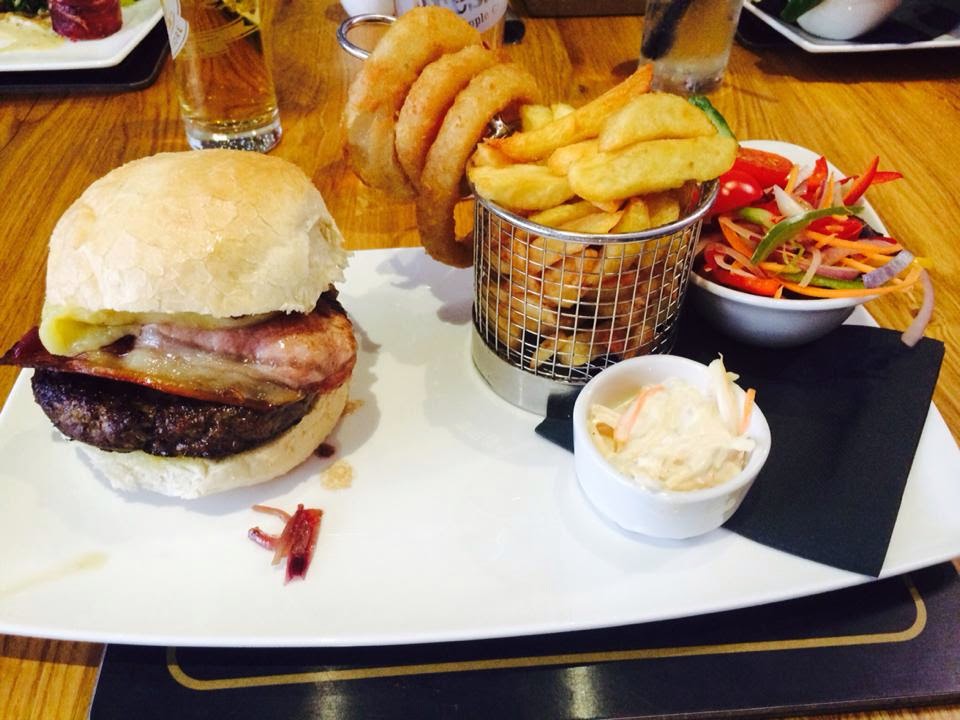 Lamb on the menu.  No question that Hannah is having it.

A simple rule we seem to live by but unfortunately this ended up as the low point of our meal.  The lamb cutlets, despite being offered as pink, were very overdone and the gravy seemed to have come from granules rather than the cranberry jús described on the menu.
You can't get one past Hannah, the gravy connoisseur.  Such a shame. 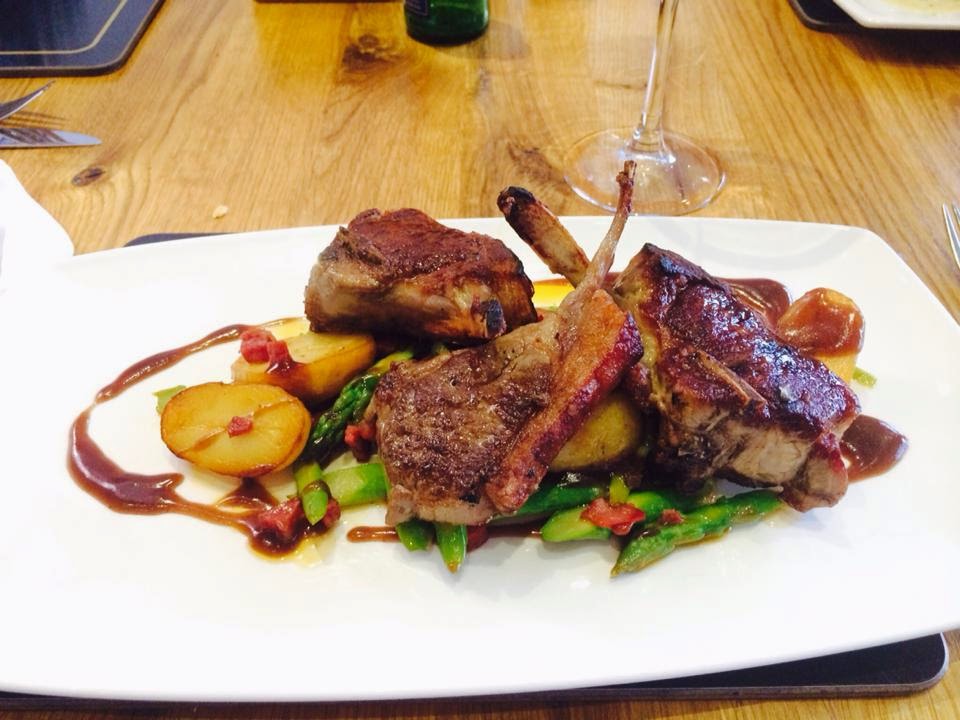 Gordon, my Father-in-Law, ordered Chicken Roulade which wrapped the chicken with Macsween haggis and prosciutto ham and served it with new potatoes, leeks, wild mushrooms and baby spinach before covering it with a wholegrain mustard cream sauce.

I cheekily tried it and if I go again I would be sorely tempted to order it for myself. 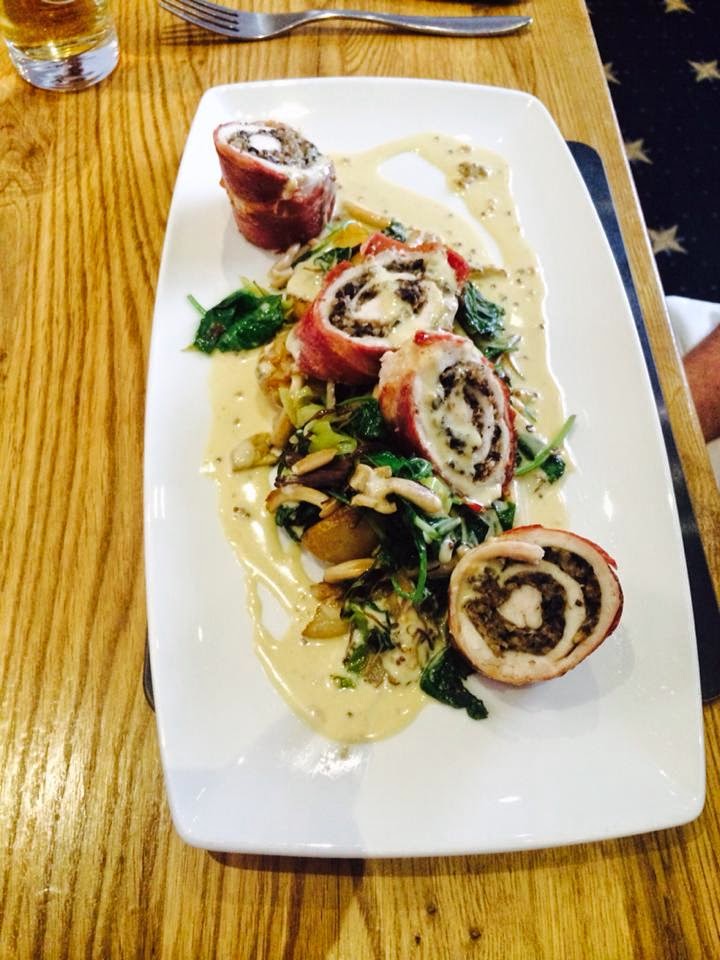 I think, despite the midweek blips when it came to the food, the Fisherman's Retreat is definitely worth another go.

The views and amazing selection of drinks alone would encourage me to return. 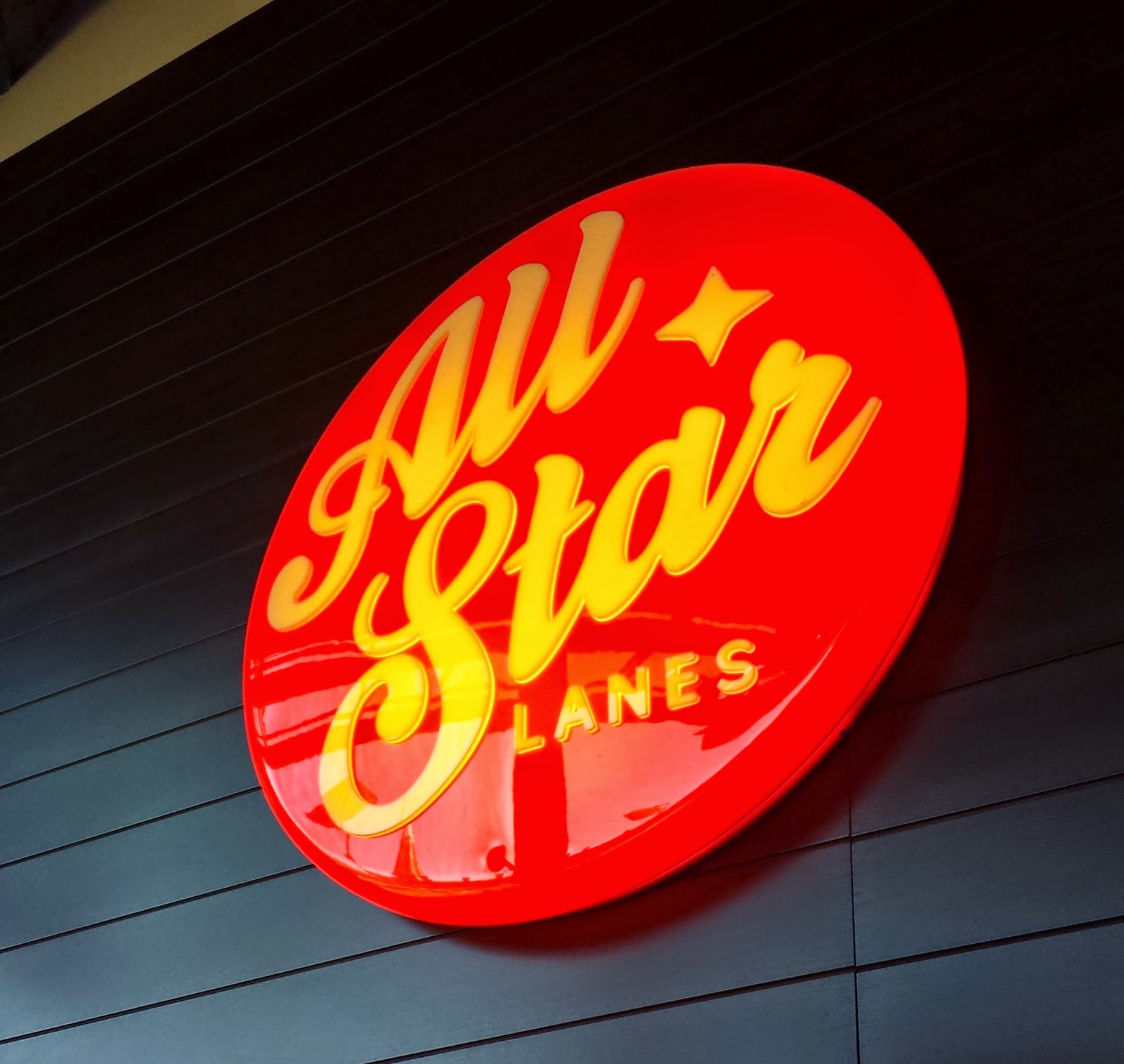 There is nothing better, when it comes to eating out, than being recommended a good place to try.

Last weekend I decided to treat the both of us to see the Hallé Orchestra perform Hollywood classics at the Bridgewater Hall and I needed a good place to eat prior to the performance.

There are so many amazing places to eat in Manchester that I turned to social media and asked for suggestions and was not disappointed with the response on Facebook and Twitter.

Despite many different recommendations, All Star Lanes (thank you Dollybakes) seemed to match our requirements perfectly as it was close to our final destination and matched our Hollywood themed evening. 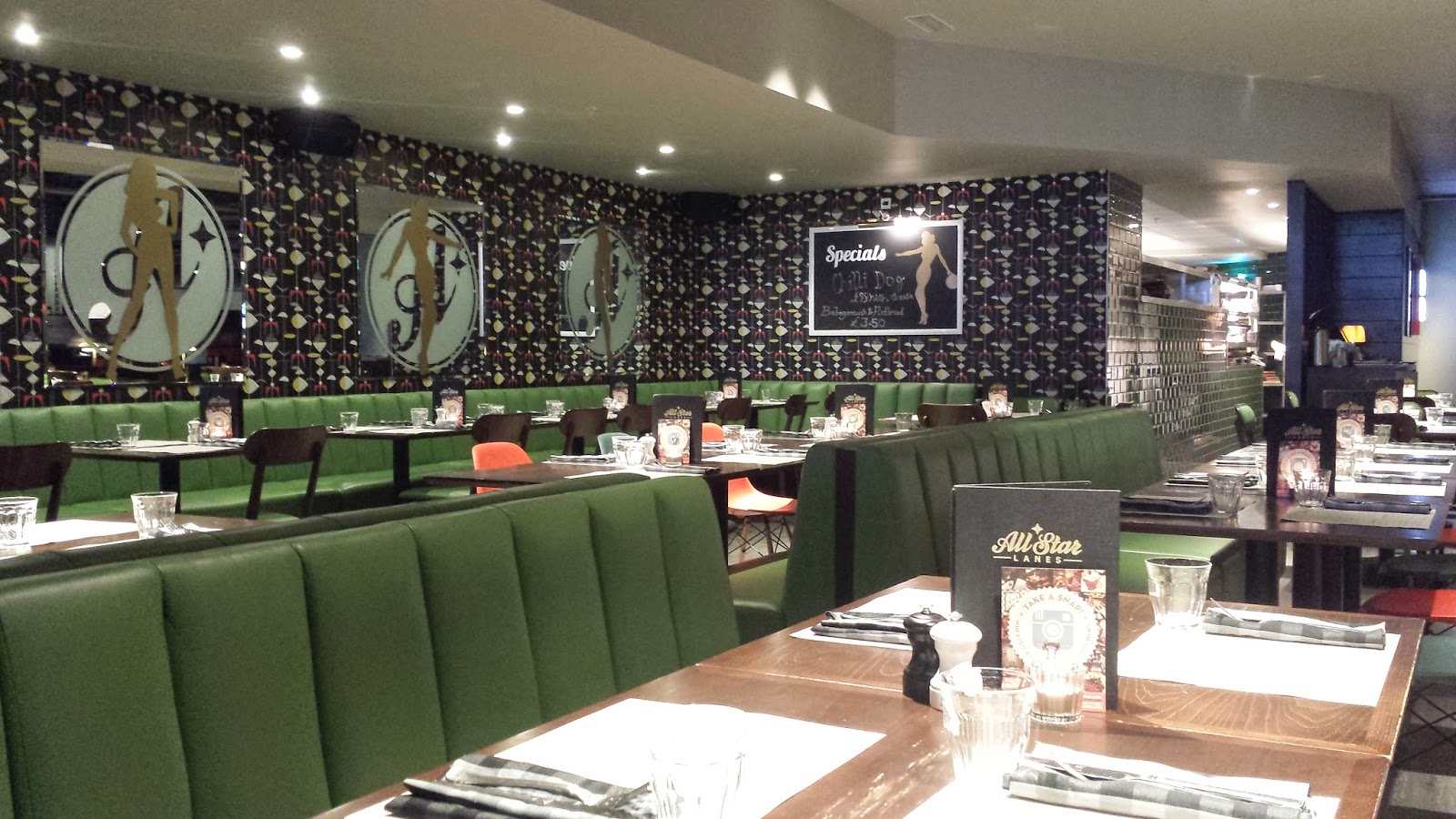 Despite our lack of a reservation we were early enough to avoid the rush and were seated quickly.

Hannah noticed the Debbie Does cocktail that mixed Pink Pigeon rum from Mauritius with Maraschino, Orange Bitters, passion fruit and fruit juices with Prosecco on the side.  We spent our honeymoon in Mauritius drinking Pink Pigeon cocktails so ordering this one was a must.

I, feeling like a little kid at the bowling alley, went for a chocolate milkshake.  To hell with those who say you can't drink milkshakes after puberty... 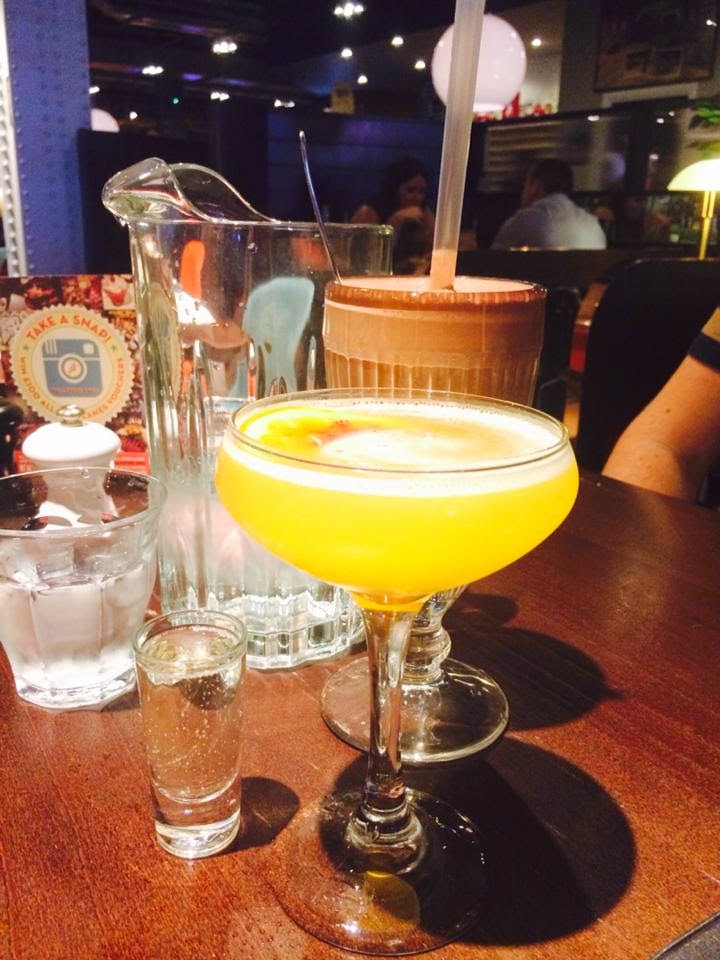 The menu at All Star Lanes isn't massive but has more than enough choice for a burger lover like me.  I went for the Maple Bacon Cheeseburger with sweet potato fries and then used the complimentary Barbecue sauce to mix things up a bit.  I do like a bit of brioche too. 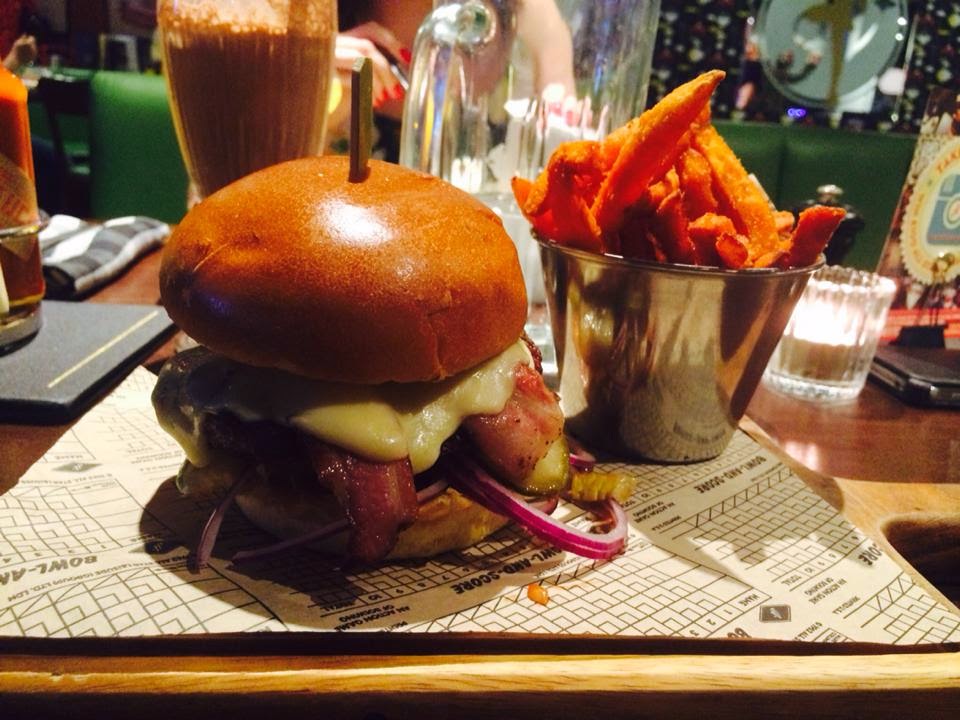 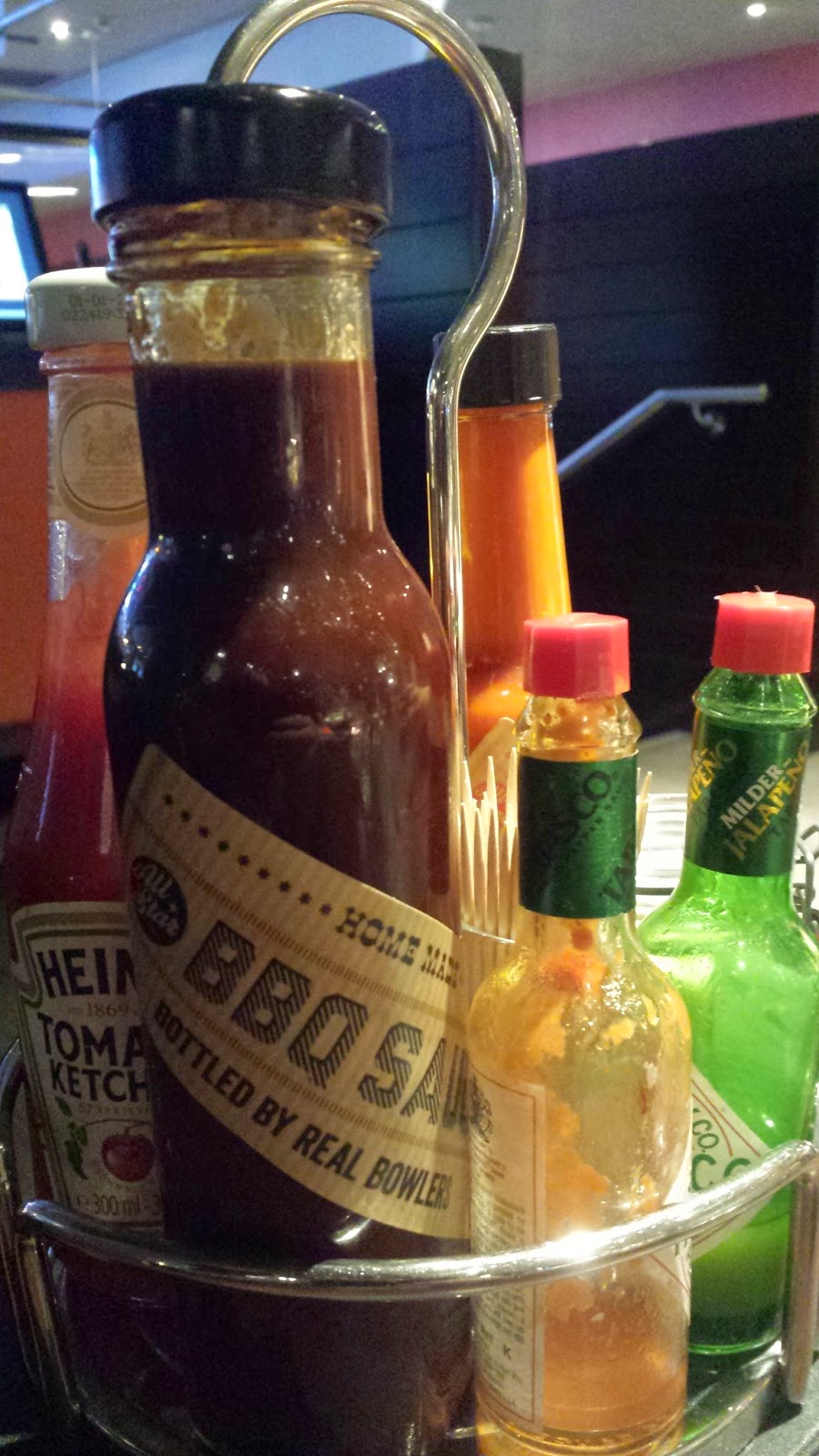 Hannah wasn't in the mood for a burger so she turned the Summer Salad started into a main and ordered Popcorn Squid to put on the side.

Salads can sometimes be really boring but this one was anything but, with marinated veg, mozzarella, mixed leaves and a runny poached egg on top which dribbled yolk when it was cut.

The squid was well presented in a take away container and the garlic mayo accompaniment went with it a treat. 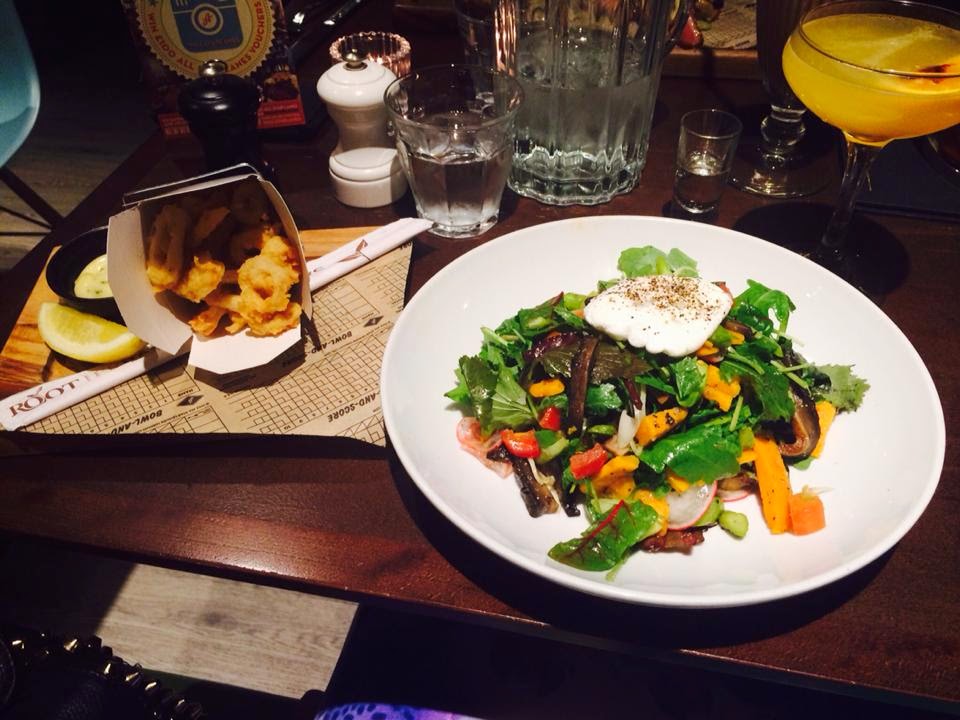 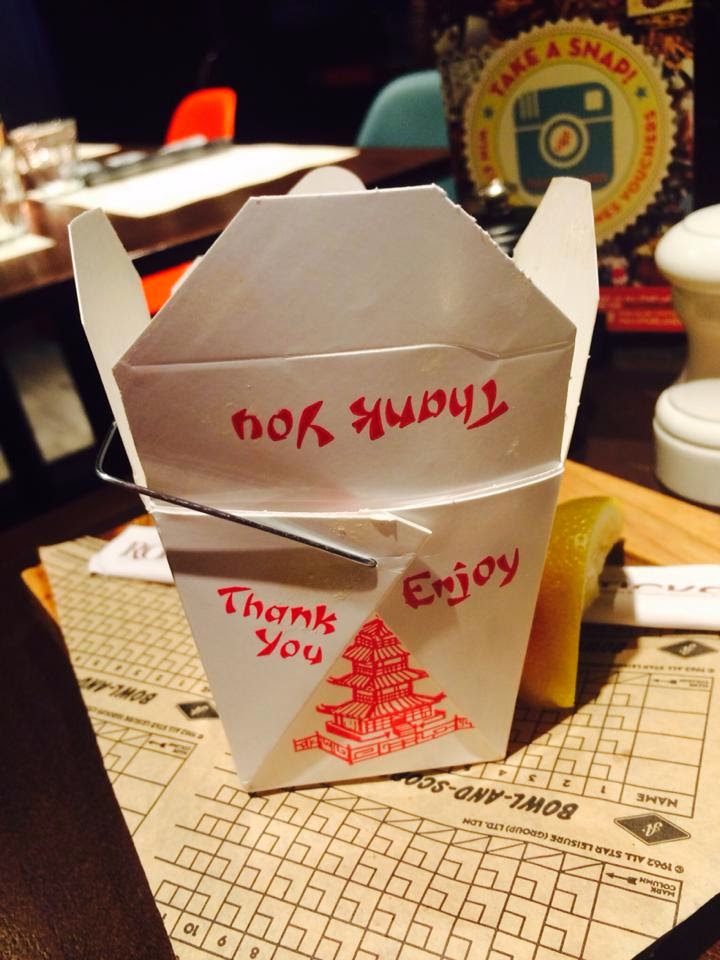 We didn't have enough time to go bowling but the layout looks incredible so I will be planning a group visit there soon.  They even have a retro sweet selection including nerds and gobstoppers!

The Great Northern is my favourite part of Manchester and it seems to be getting livelier by the day.  All Star Lanes may not have the range of options like Almost Famous but it brings its own special something to this buzzing part of town. 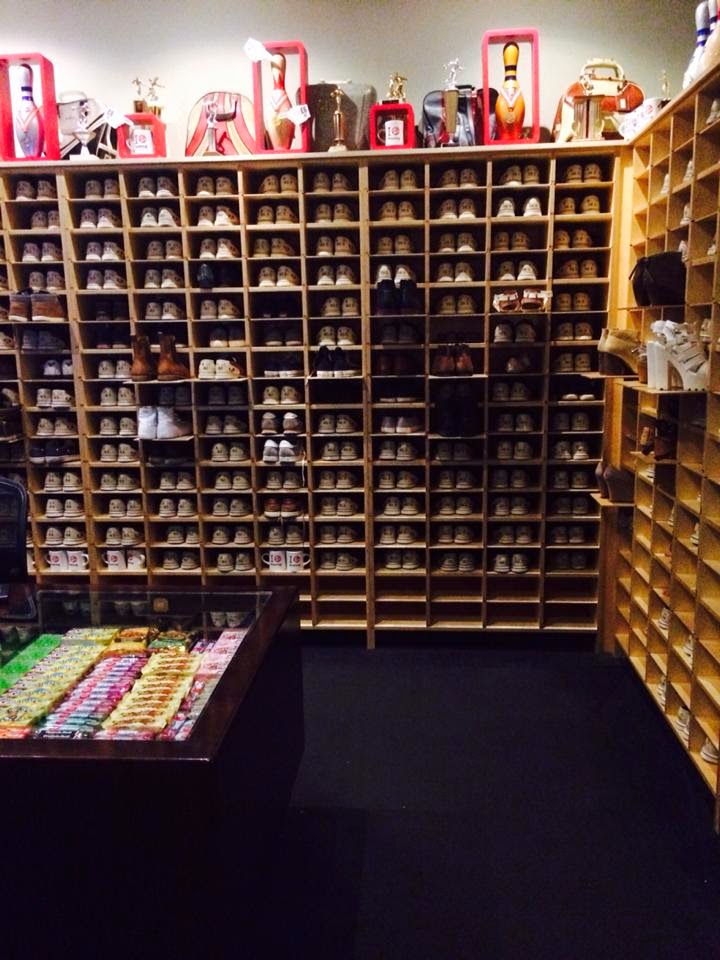 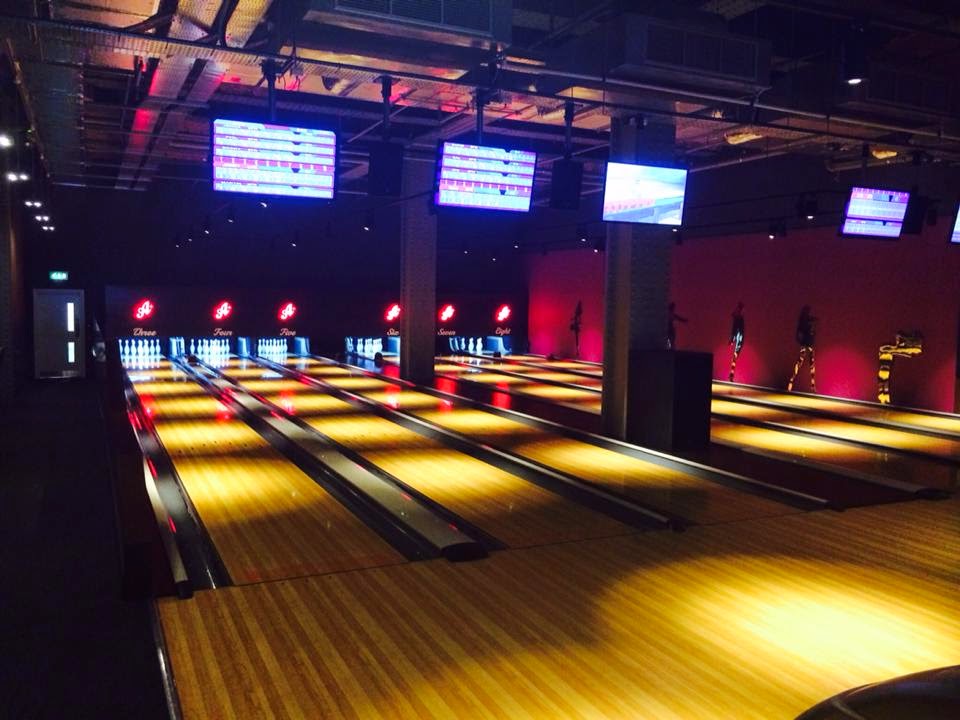 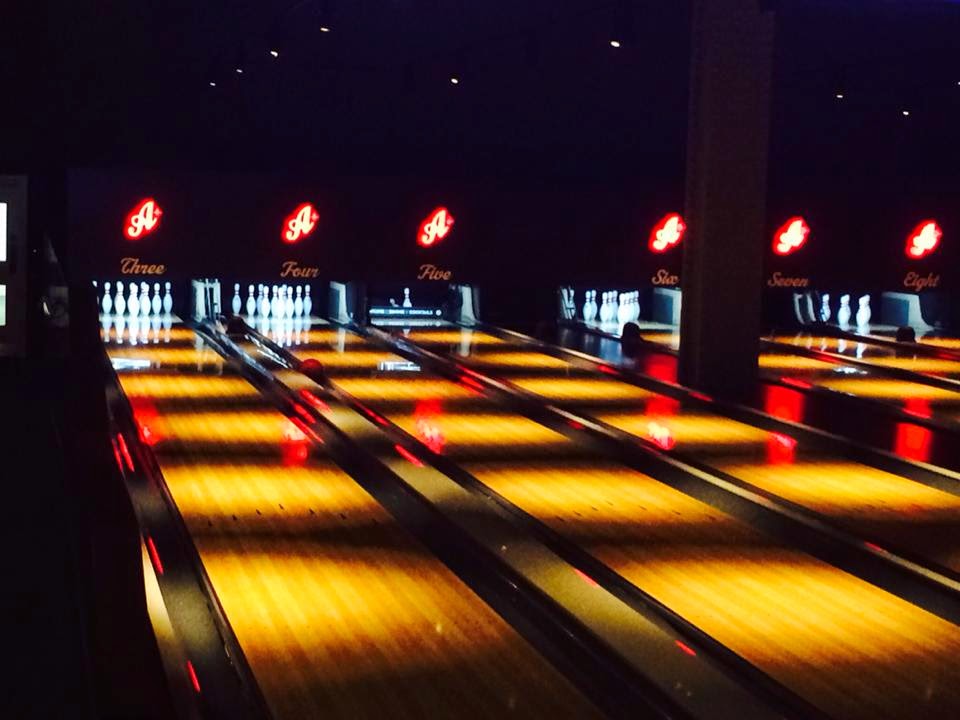 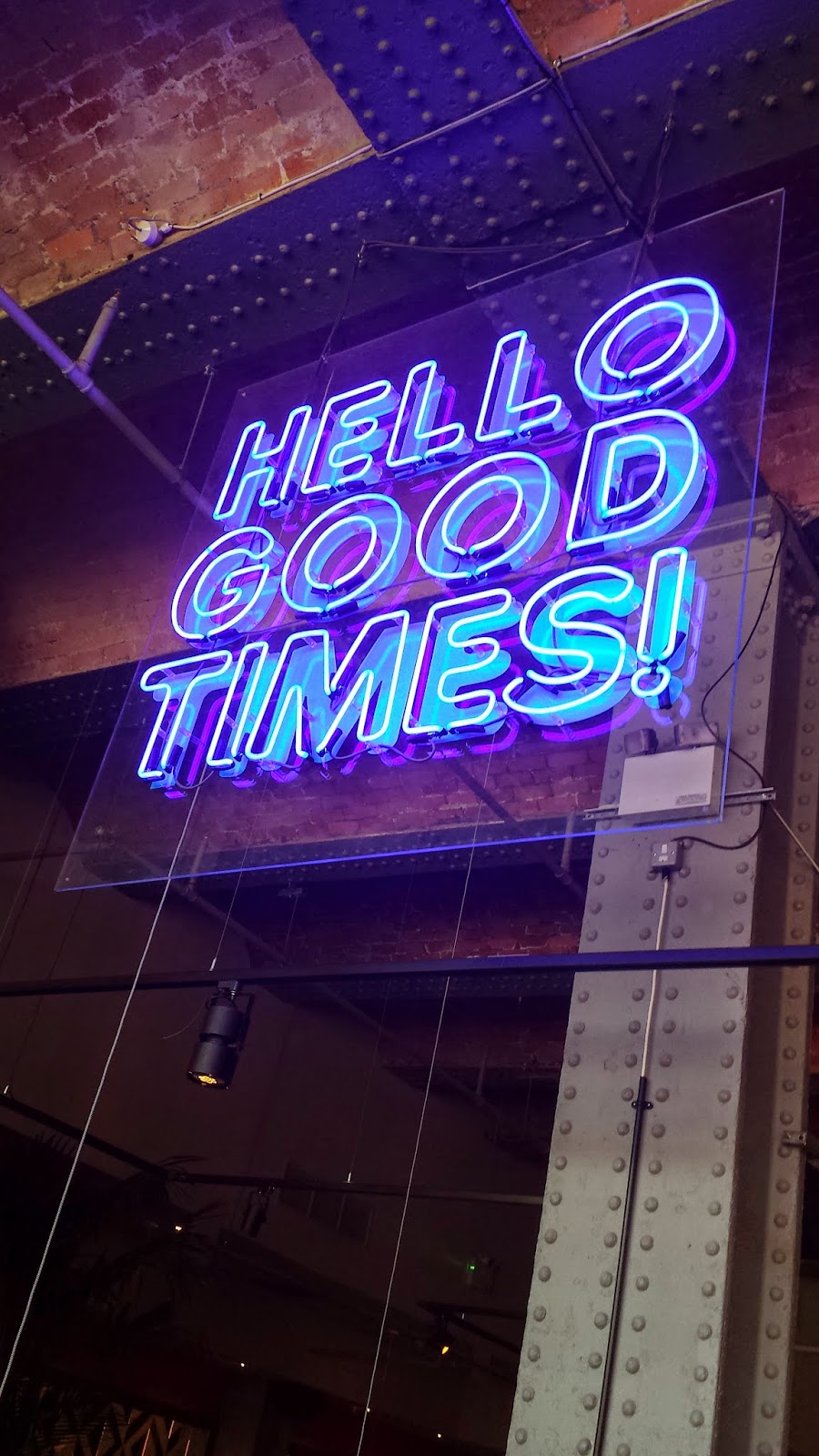