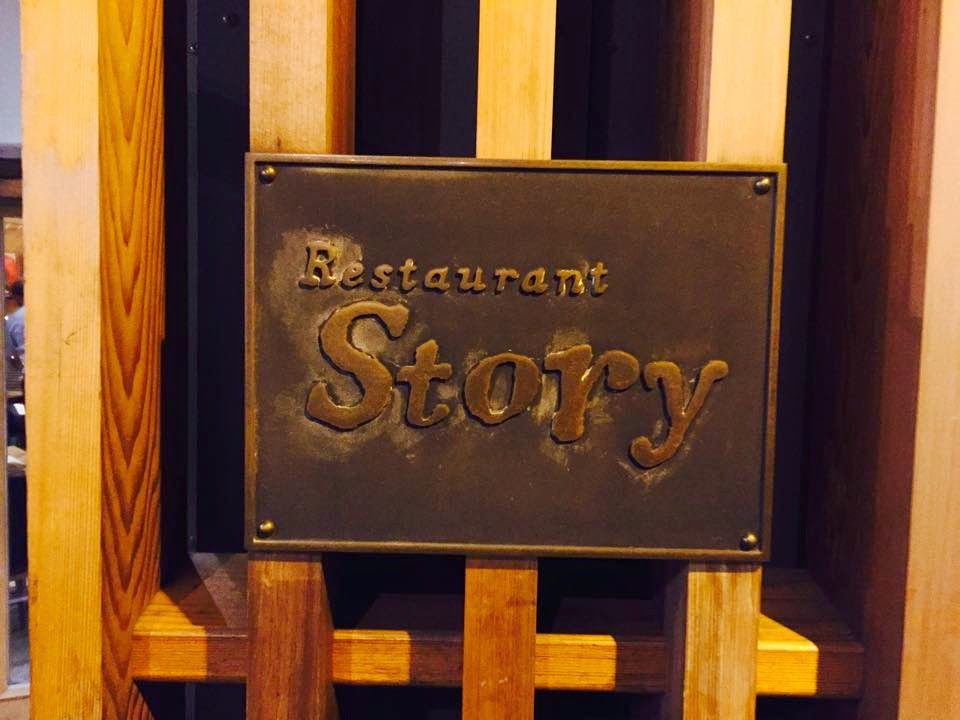 To celebrate a special occasion, it seemed only logical to book into a Michelin Star restaurant for a top of the range fine dining adventure.

Previous experiences at Alain Ducasse at the Dorchester and Casamia in Bristol had been fantastic so on Hannah's birthday trip to London we booked in at Restaurant Story.

Tom Sellers' opened Story in April 2013 and it didn't take long for them to gain their first Michelin Star. After whittling down our preferred list of eateries and doing a lot of research, there was still a buzz around this place and it seemed to be the restaurant of the moment. We had to get in here but getting a reservation can be tricky.

After three months on the waiting list, I received a call to say a table was available so naturally we snapped it up. Centered on the concept of story books, we were invited to bring our own story book with a written message from us inside to share. From this, we inferred that the experience was going to be a novel and unusual one, centred around a book such as Alice in Wonderland.  We were very excited to try this place out.

Finally, the highly anticipated evening arrived and we hopped on to the tube headed south of the river.

A short stroll from London Bridge station and right at the south end of the famous Tower Bridge, you might be surprised as you arrive at Restaurant Story which is housed in a strange small building akin to a small public library. Not at all what we were expecting. 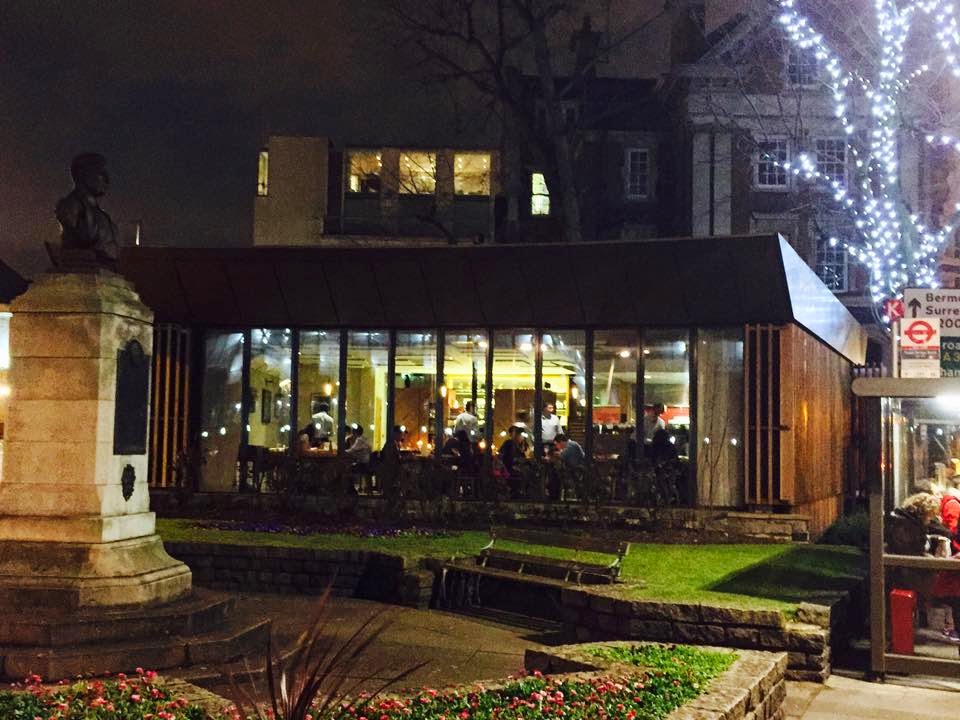 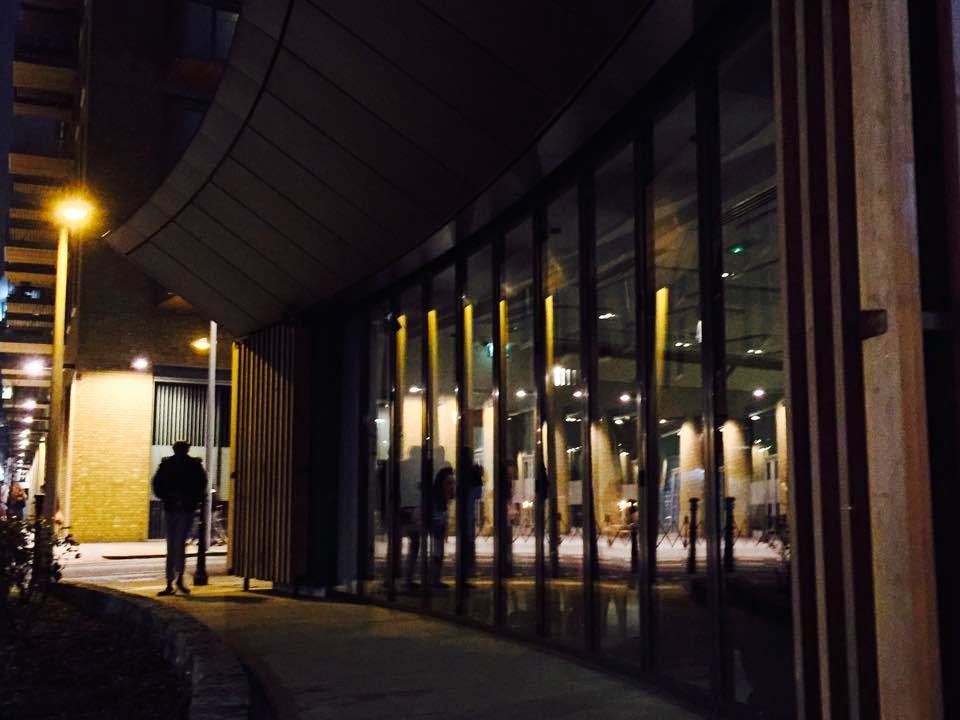 Once inside, the restaurant is minimalist and spacious with a row of colour co-ordinated books at the far side. The kitchen is visible from every table in an open plan format and you can watch the chefs diligently crafting their dishes. We were warmly greeted before being seated at our table where a Charles Dickens book was waiting for us. 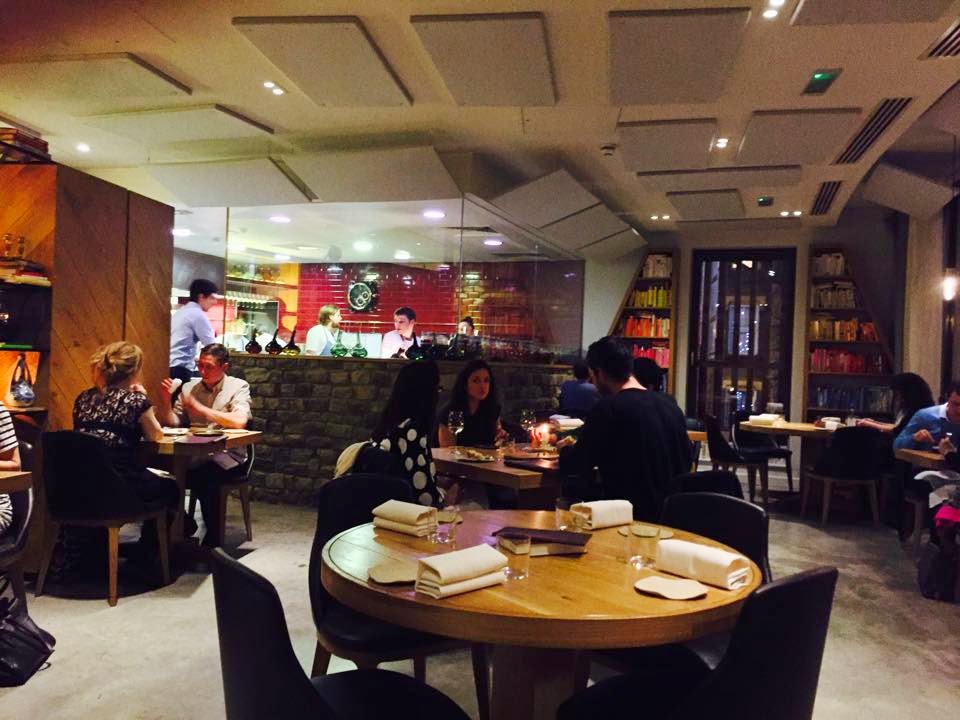 As an extra touch, the team at Story had left a wax sealed envelope on the table in which we found a birthday message for Hannah from Tom Sellers himself. 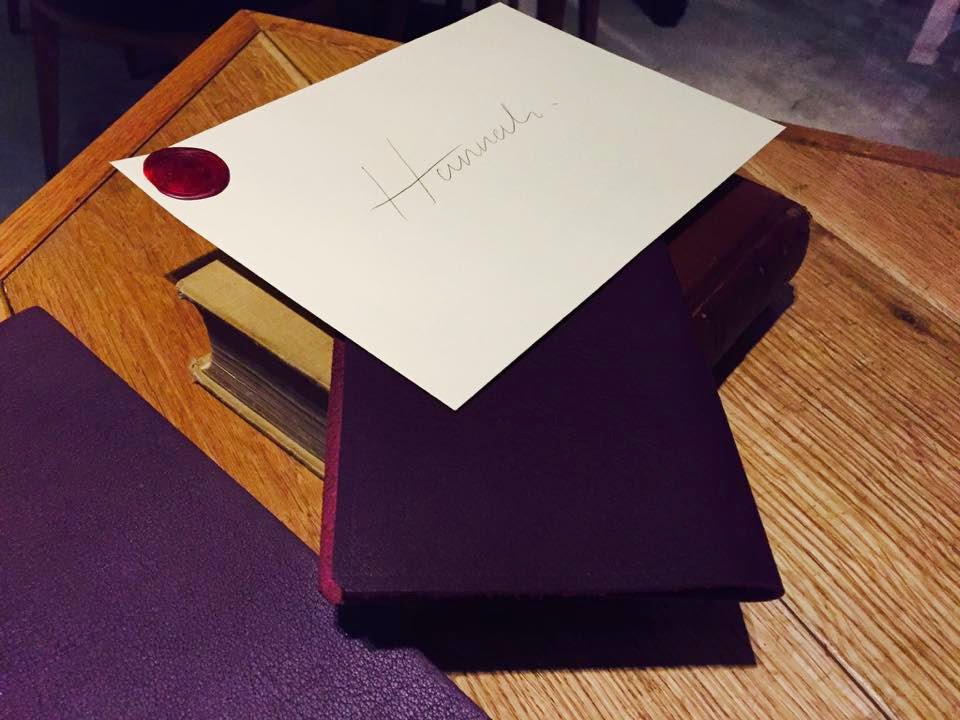 We chose the 'Full Story' so we could get the complete foodie experience on offer and ordered our drinks. 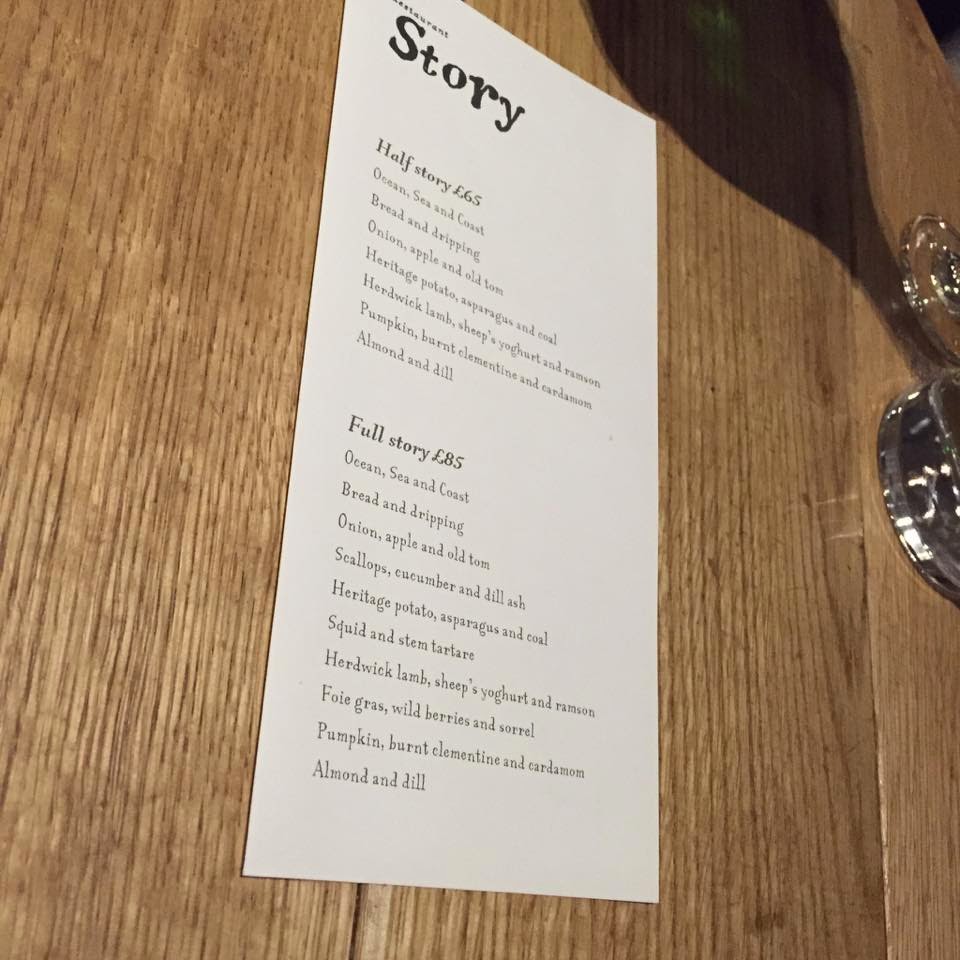 To be honest we were disappointed with the beverages. Hannah ordered a glass of sparkling rose as she didn't like any of the cocktails on offer. I went for a Jon Cannon - Cherry Cola cocktail. Small would be putting it mildly. I fully understand that high-end establishments charge more for alcohol but when you spend nine pounds on a cocktail you expect more than a couple of sips for your money. The picture below is how the drink arrived.

The same can be said for the £15 glass of pink fizz which was just less than half of a champagne flute.

Not a great start. 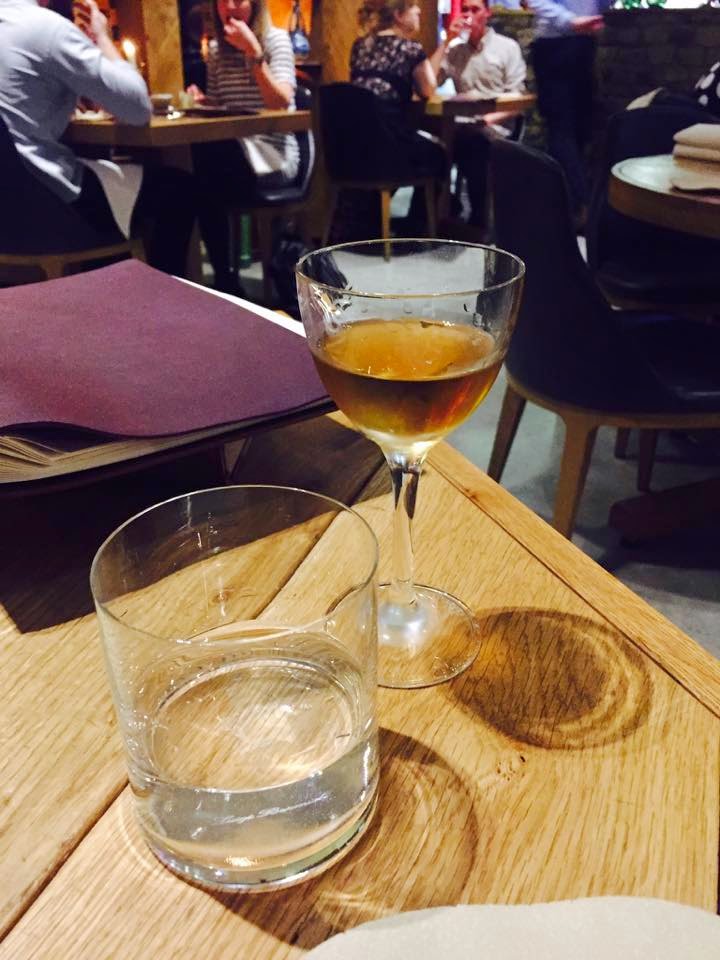 Things picked up as the food arrived.

Not listed on the menu, we were delivered an unexpected range of little nibbles and canapes to get us started. The rabbit sandwich was a particular highlight as was the squid ink Oreo filled with eel moose. 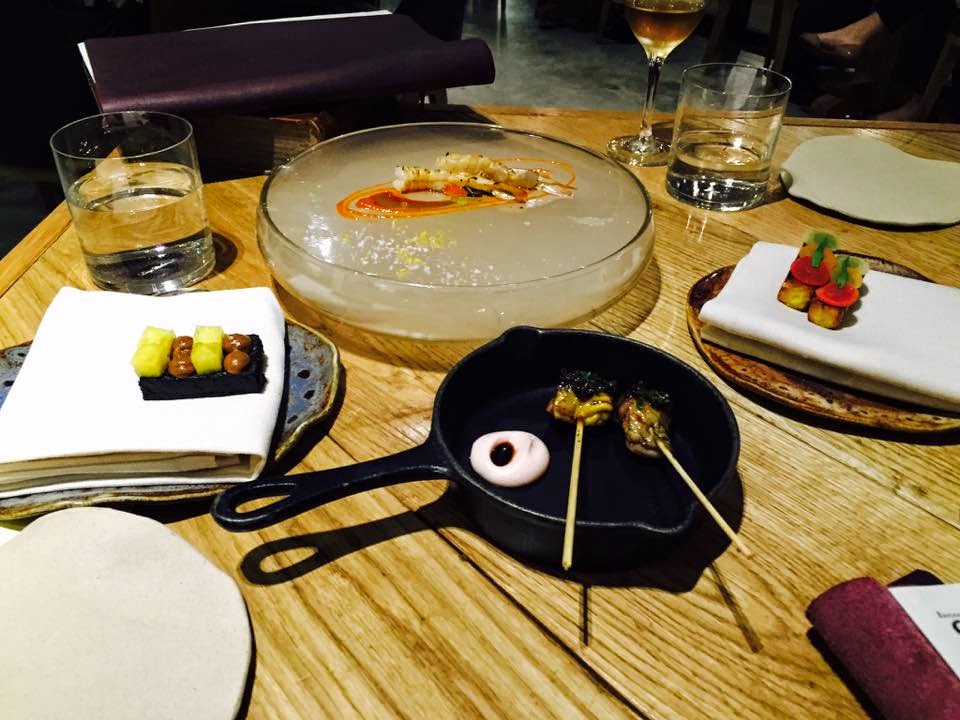 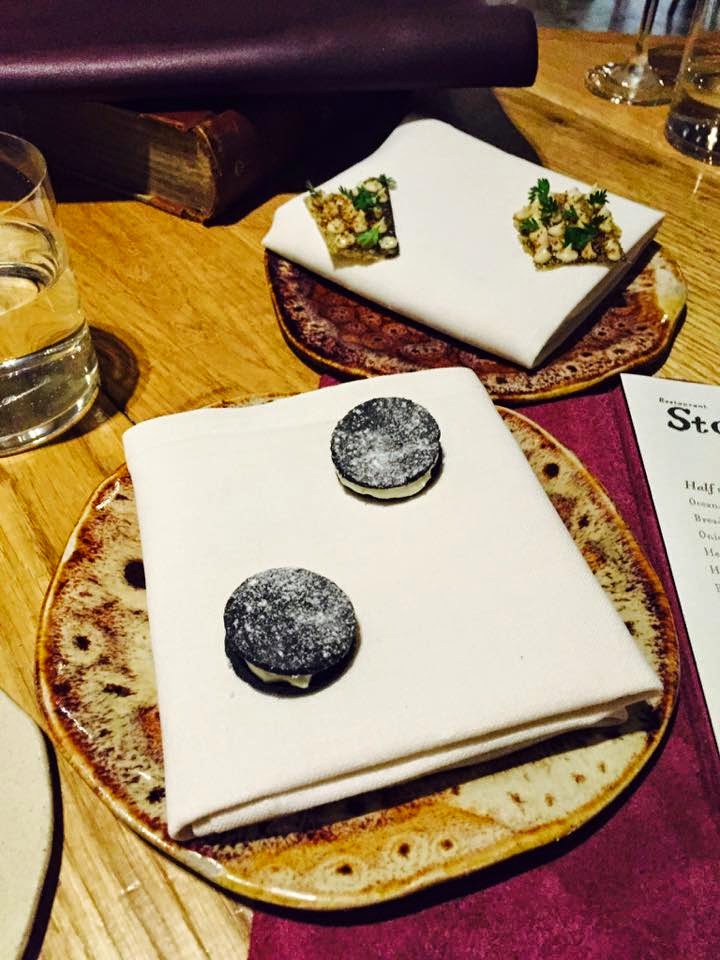 Not long after we had finished our pre-starters the menu began.

Ocean, Sea and Coast
This course is split into three separate dishes.  The first was a dry ice Ocean dish which really made a theatrical statement as magical smoke poured over the table to reveal a beautiful surprise. 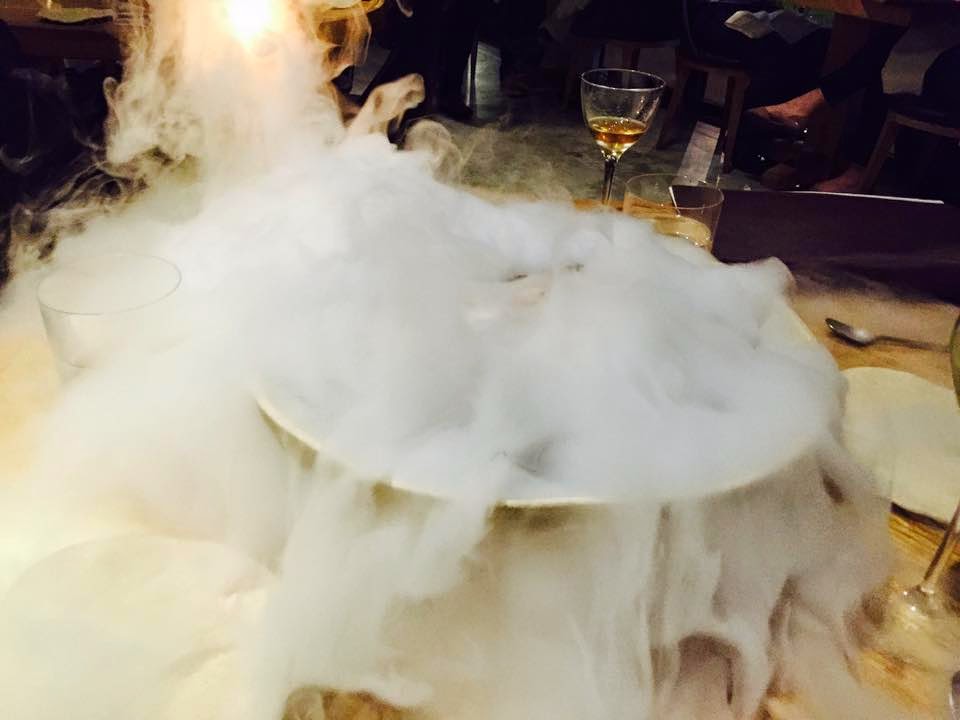 The Sea dish was served on a huge block of ice to keep it chilled. 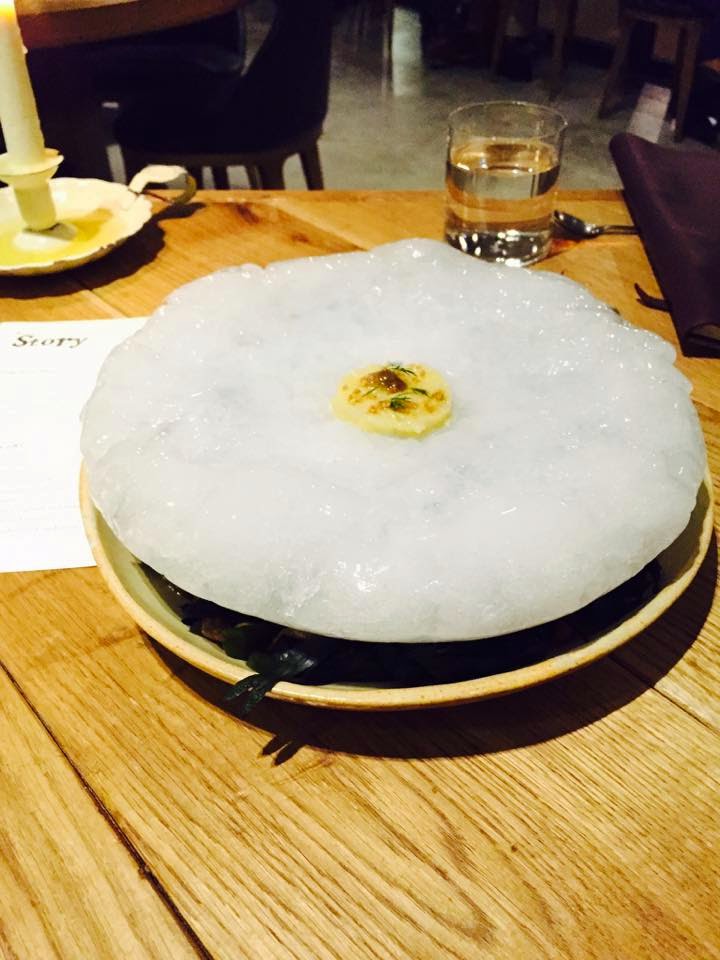 The Coast dish served two oysters in a vinegar dressing. 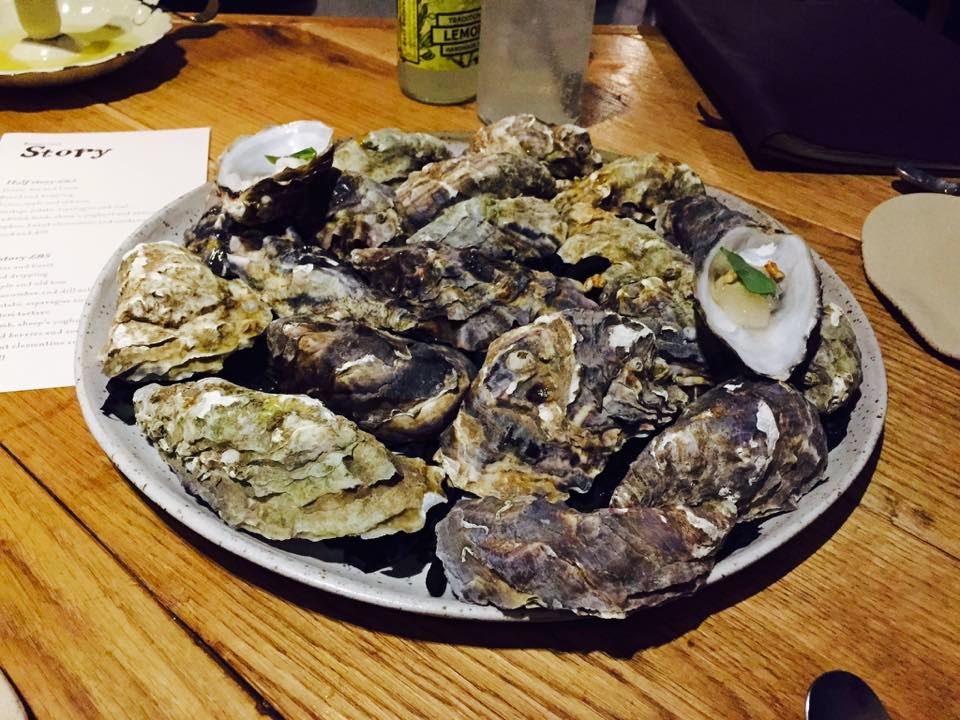 Additional course - Pea and ham soup
The entire menu was pleasantly punctuated with other surprise dishes which were not advertised on the menu. This course was probably the best pea and ham soup I have ever had.  Nicely balanced and refreshing, garnished with crunchy croutons and pretty edible flowers. 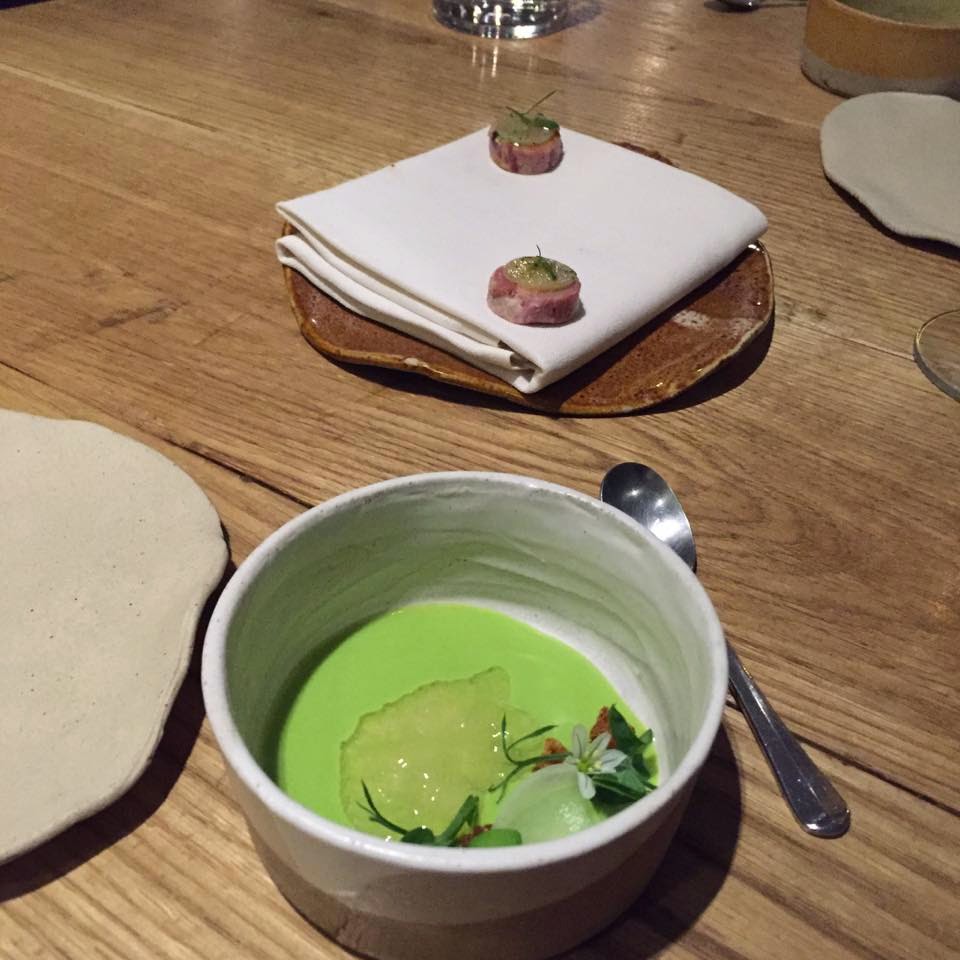 Bread and dripping
This was my favourite course because it was the kind of novelty we were expecting. We were brought an innocent looking candle earlier in the evening which turned out to be made of beef dripping. It started to melt and collected in the dish below.

With warm bread to dip, we were also given beef extract to mix in and a little pot of meat, it was a triumph. 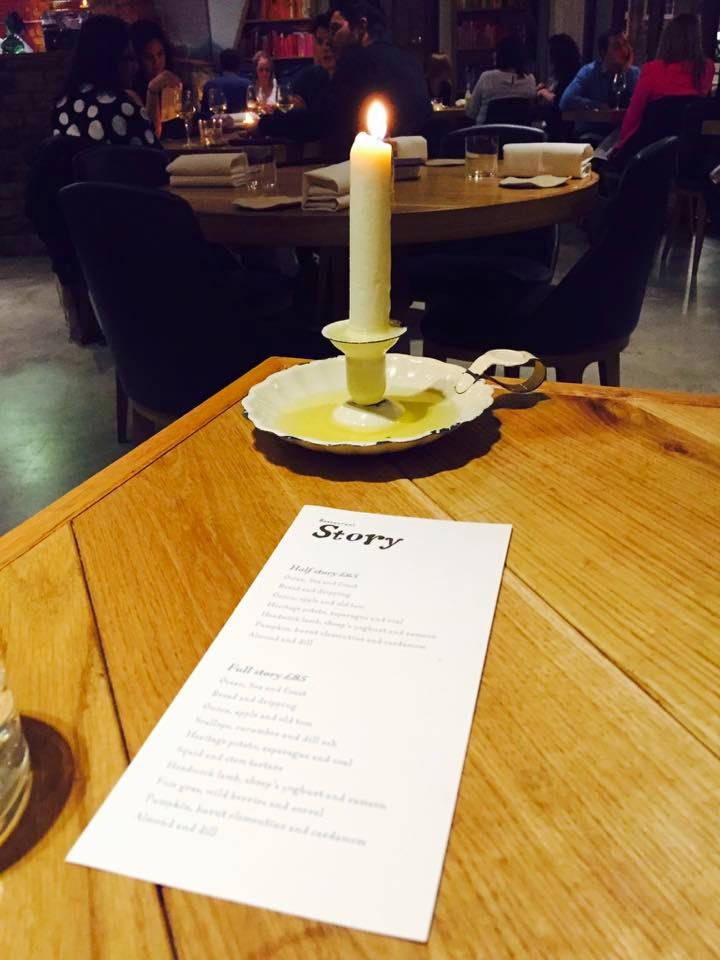 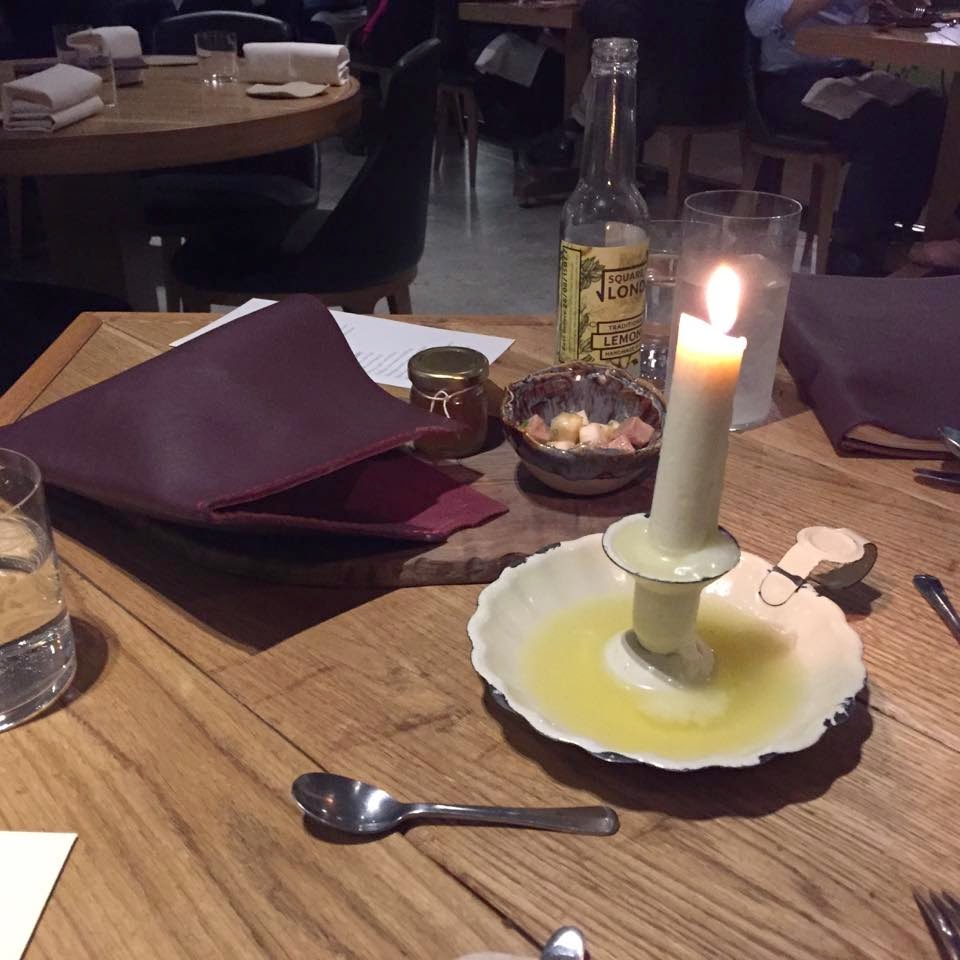 Onion, apple and old tom
Although I am not a fan of gin, the onion had a very pleasant and pungent taste. A delightfully pretty dish. 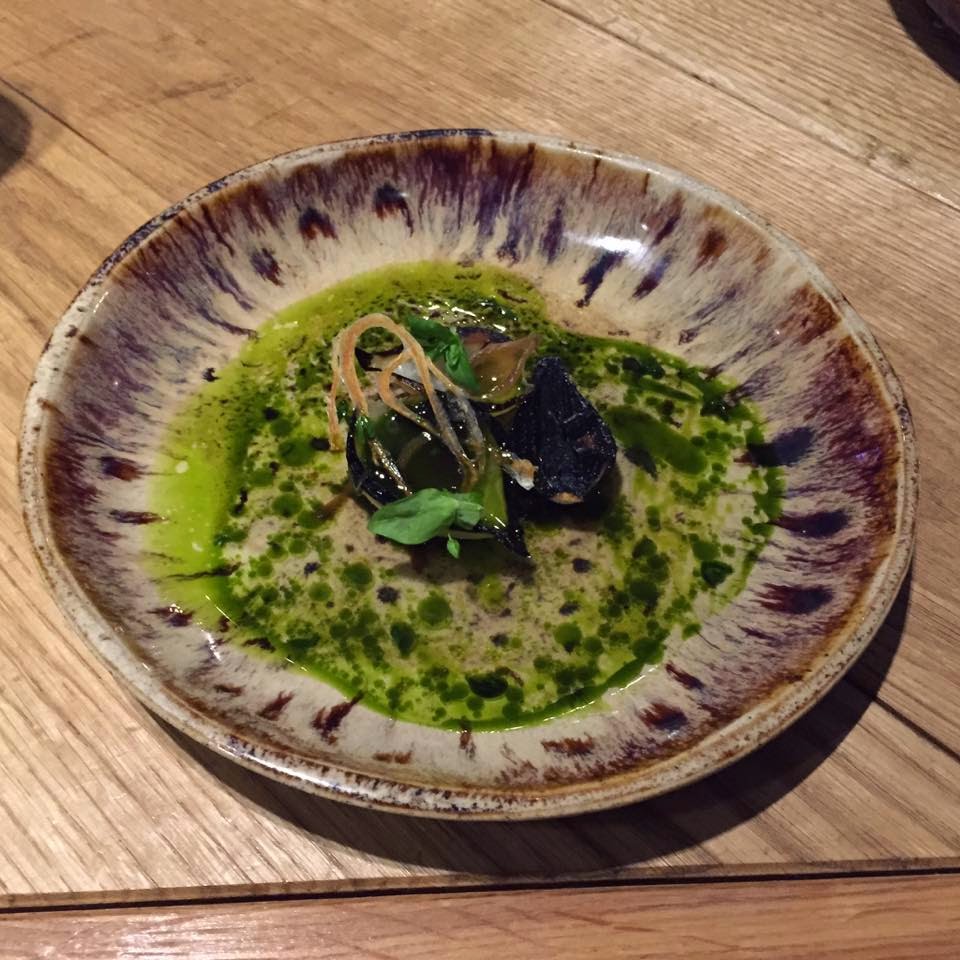 Scallops, cucumber and dill ash
Beautiful, delicate and exquisite.  I really didn't think I would like raw scallops but they were delicious. A great way to eat fresh seafood. 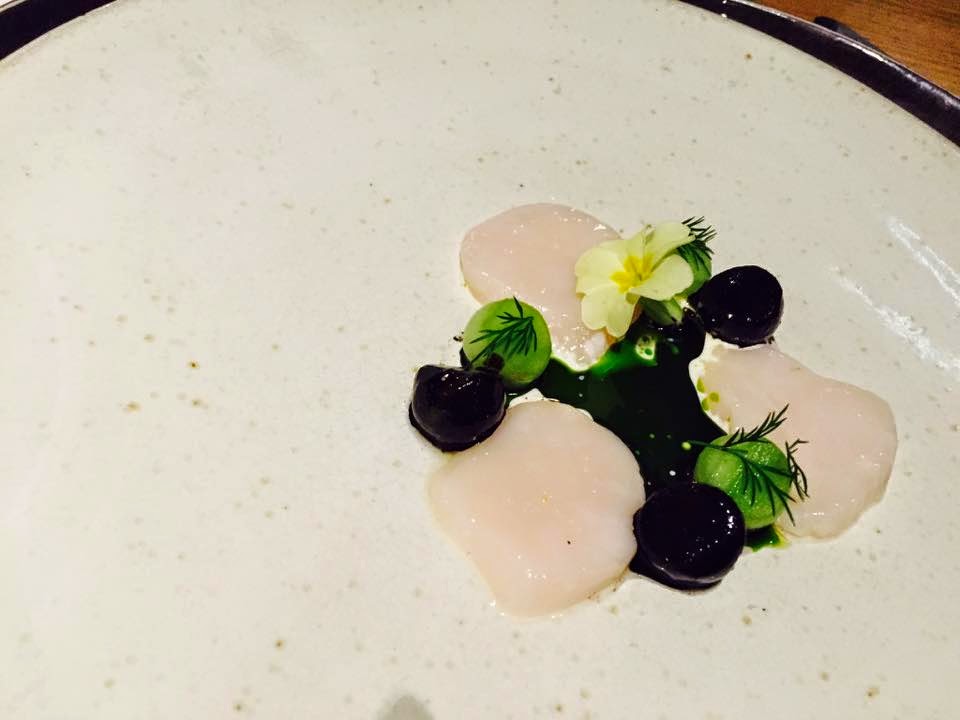 Heritage potato, asparagus and coal
Potato was the star of this dish.  So often the forgotten accompaniment, Tom Sellers gives the humble potato some well deserved attention. 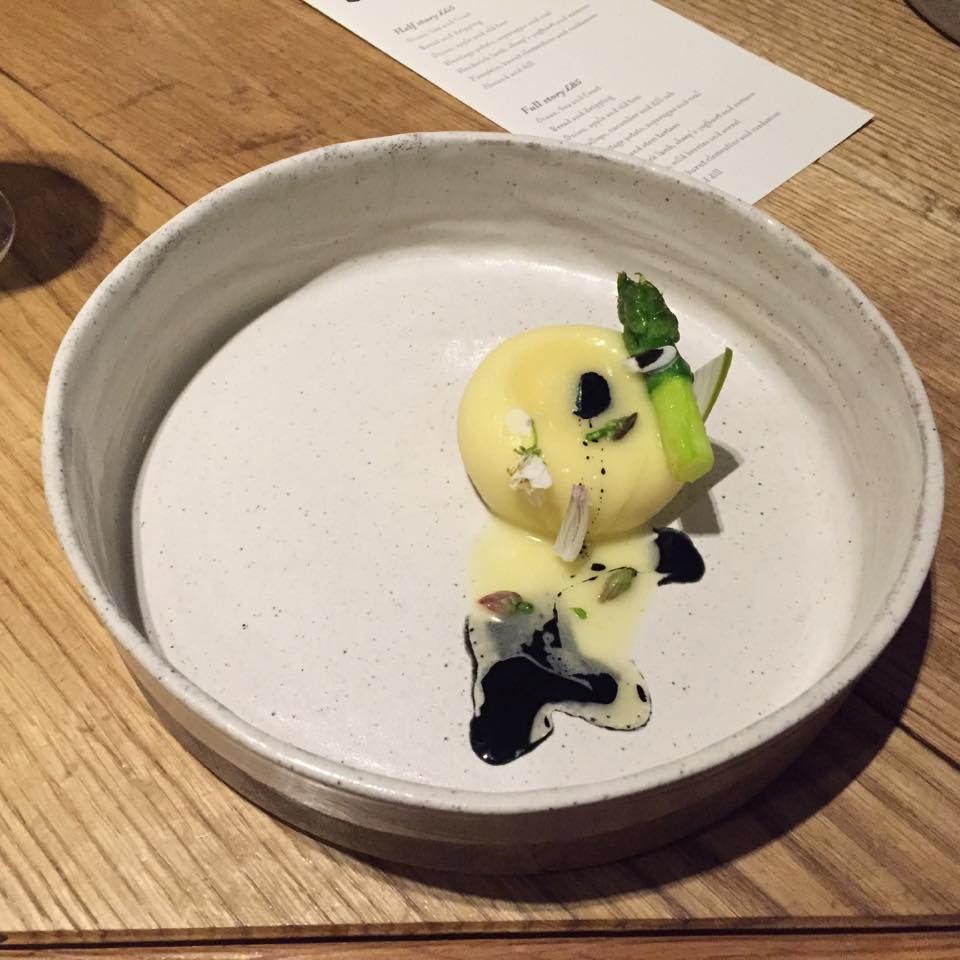 Squid and stem tartare
Not my favourite dish as the texture was a little on the slimy side. 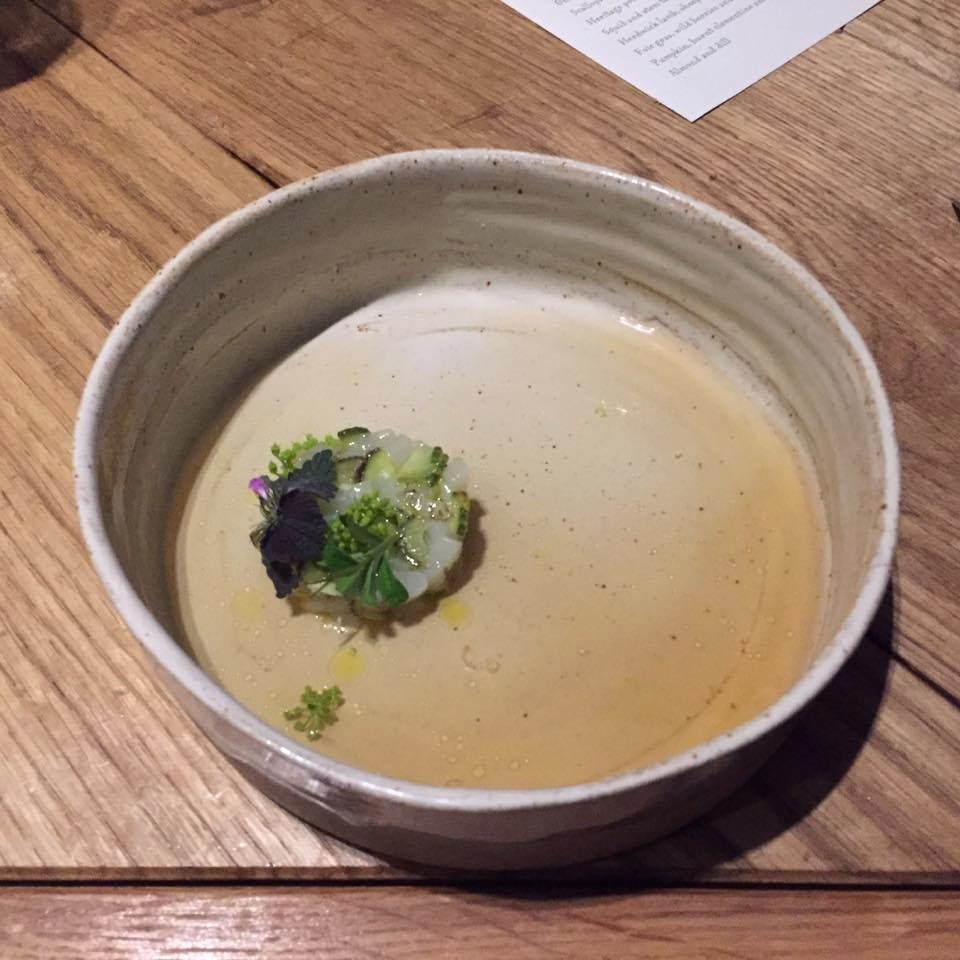 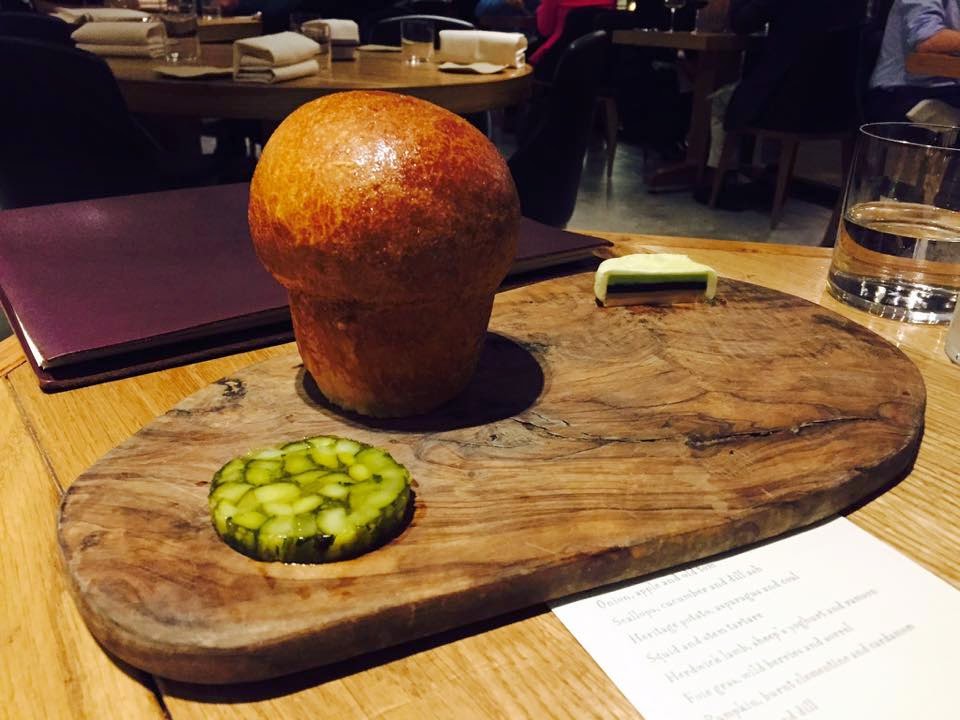 Herdwick lamb, sheep's yogurt and ramson
Not as memorable as the lamb dish at Casamia and I wouldn't say the dish stood out from the rest of the menu. 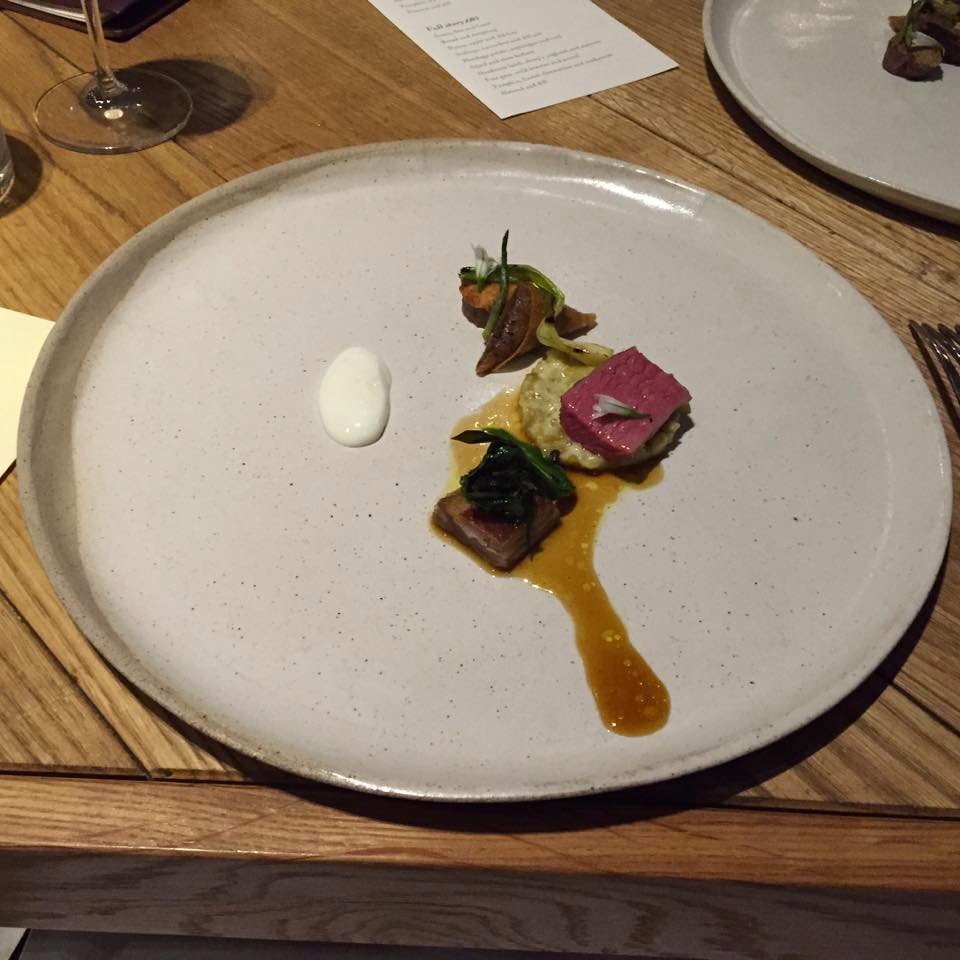 The foie gras was served creme brulee style with croutons and discs of beetroot and berries. 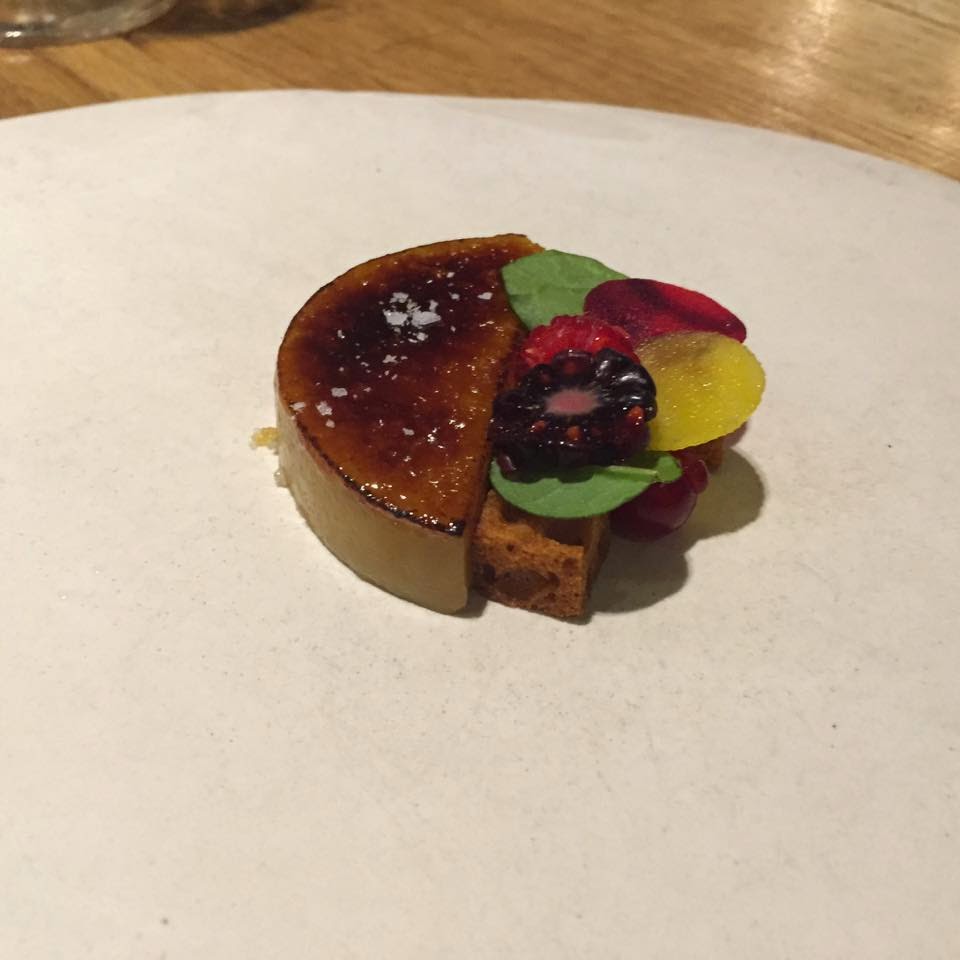 Additional course - Lemon cleanser
Sharp and clean to move us from savoury to sweet. 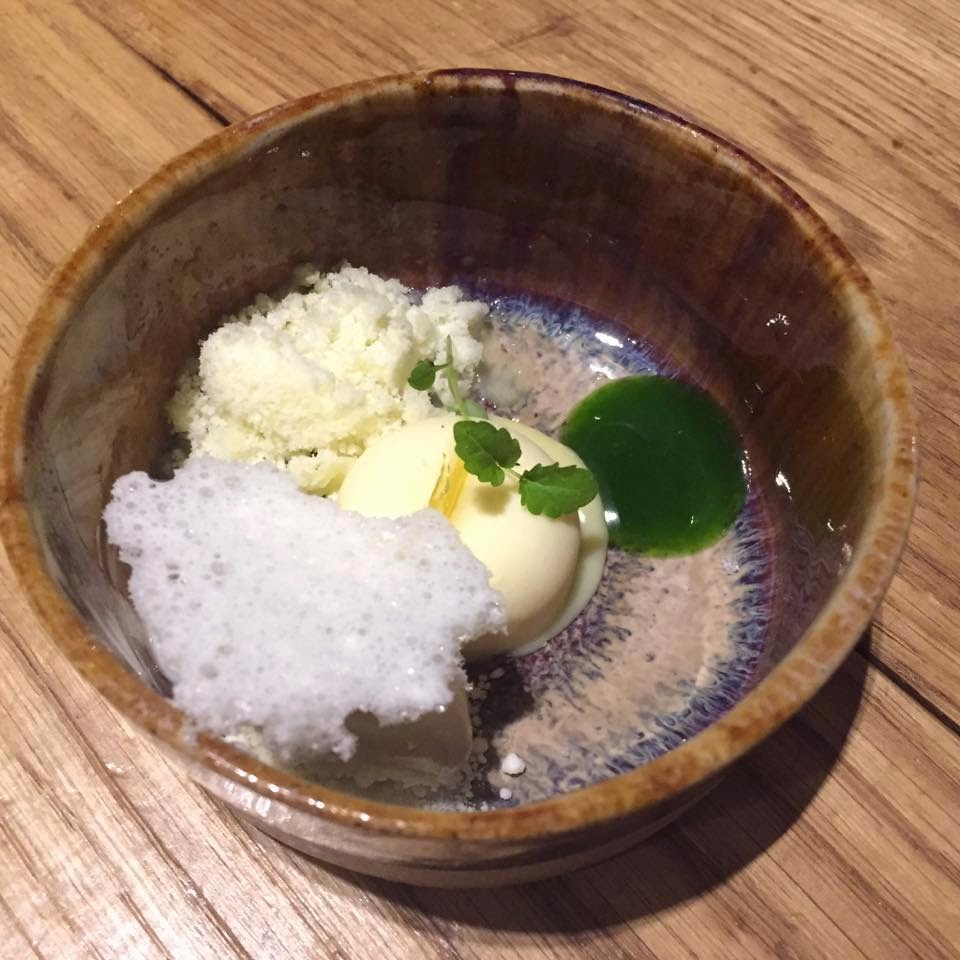 Pumpkin, burnt clementine and cardamom
A little bit of savoury meets sweet, this was quite an unusual texture. 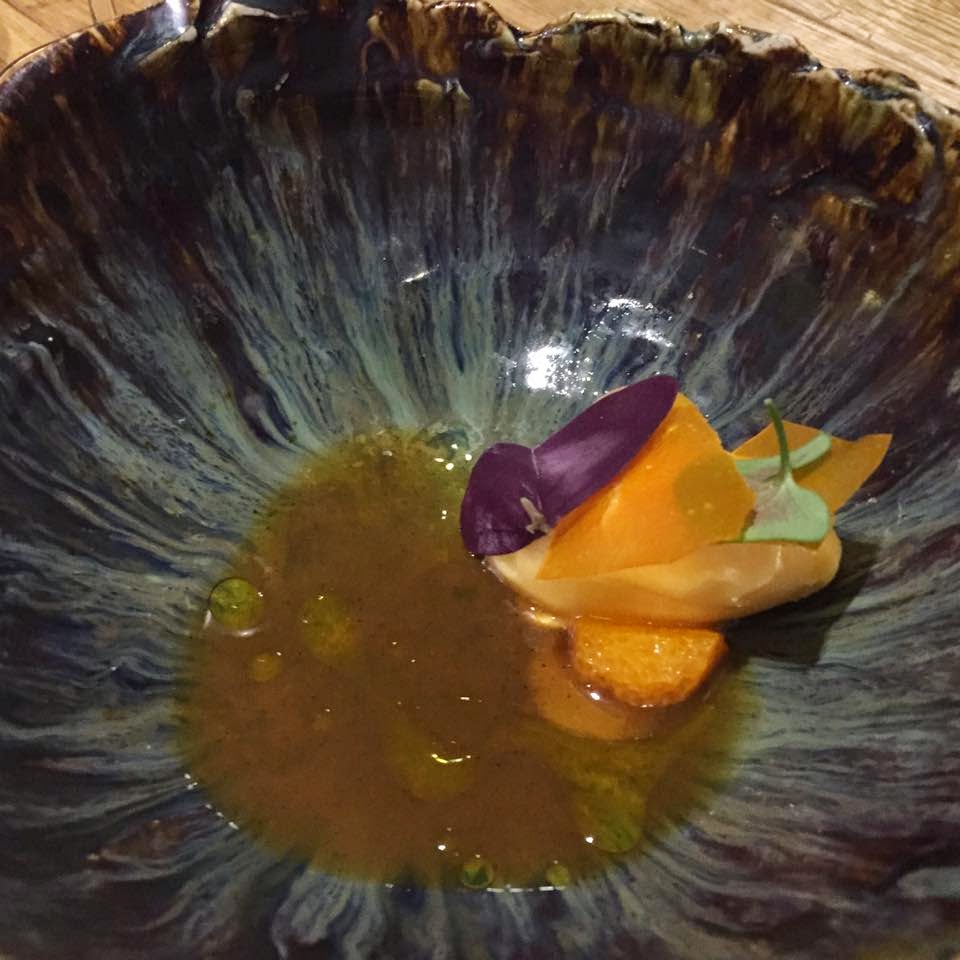 Almond and dill
This was a strange one. It took a moment to move past the unusual texture and combination of flavours. Neither of us particularly enjoyed this. 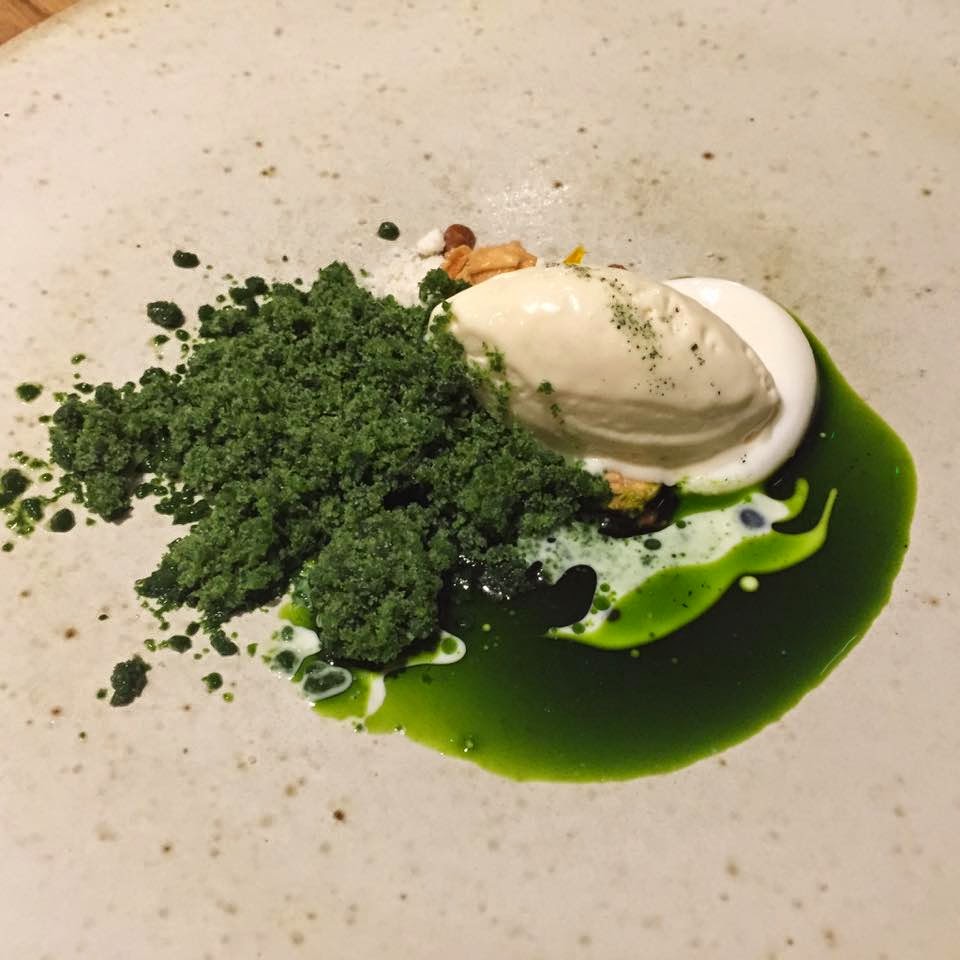 Tea cakes
Along with the bill came two small chocolate tea cakes very similar to Tunnocks that were outrageously tasty! The hint of rosemary in there was a nice touch. 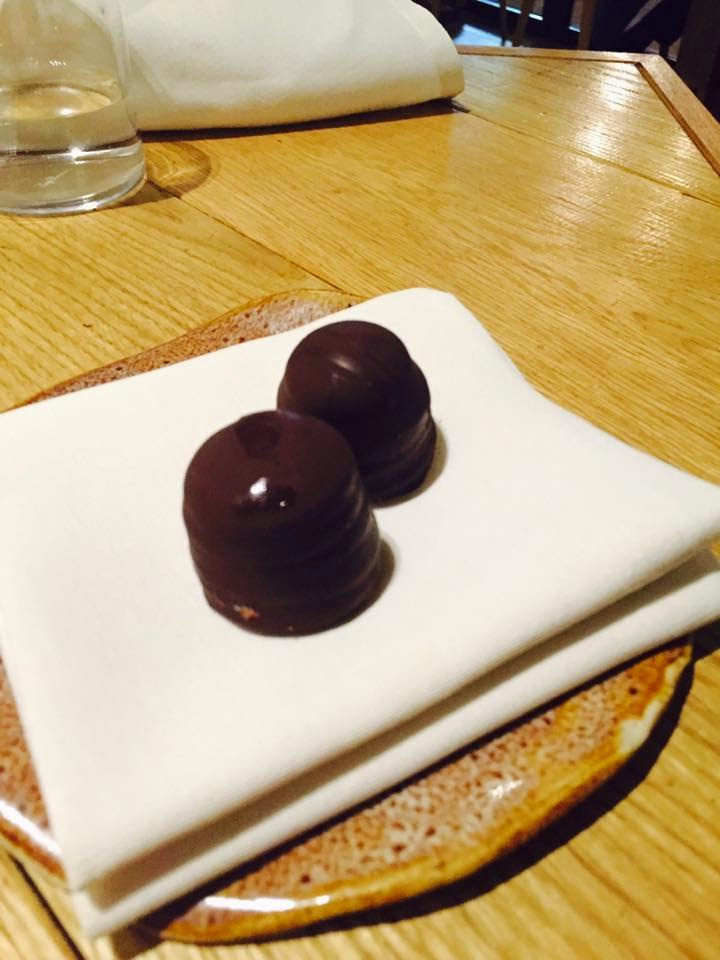 We were attracted to visit here as the story theme seemed like a unique dining experience. Eating at Restaurant Story is certainly a foodie adventure.  It pushed us out of our comfort zone.  We tried new things that we would never normally order on an a la carte menu and tasted new and unusual combinations of ingredients.

However, we felt that the story concept was confusing. There is no story. No link as far as we could see as to how story books related to the food. On reflection, the concept seems completely unnecessary.

The food speaks for itself without the need for any gimmicks like bringing a book along. The surprise dishes and the candle were a nice touch but there wasn't really anything unique about this place.

With there being so many dishes, some of them were great and others were not to my taste.
One thing that bugged Hannah, which she would like to mention, was that she didn't like a few of the 20 dishes either. This is only natural with a set menu and whilst she tried each dish, the waiter kept mentioning the fact she hadn't finished everything on her plate. The first time we laughed it off but after the fourth and fifth time, the running commentary on what she had and hadn't eaten started to wear a bit thin.

Restaurant Story was an odd, mixed experience with a confused theme that doesn't translate to the food.  Sure it is fine dining but we were led to believe, from the intrigue beforehand, that there would be some sort of extra twist that never actually transpired.
There were hints to this such as the book on the table, the request to bring a book along and the wax sealed letter but this was as far as it went.

We discussed our evening and enjoyed a stroll down the south bank and across Tower Bridge to walk off our many courses.  London at night really is an underrated highlight. 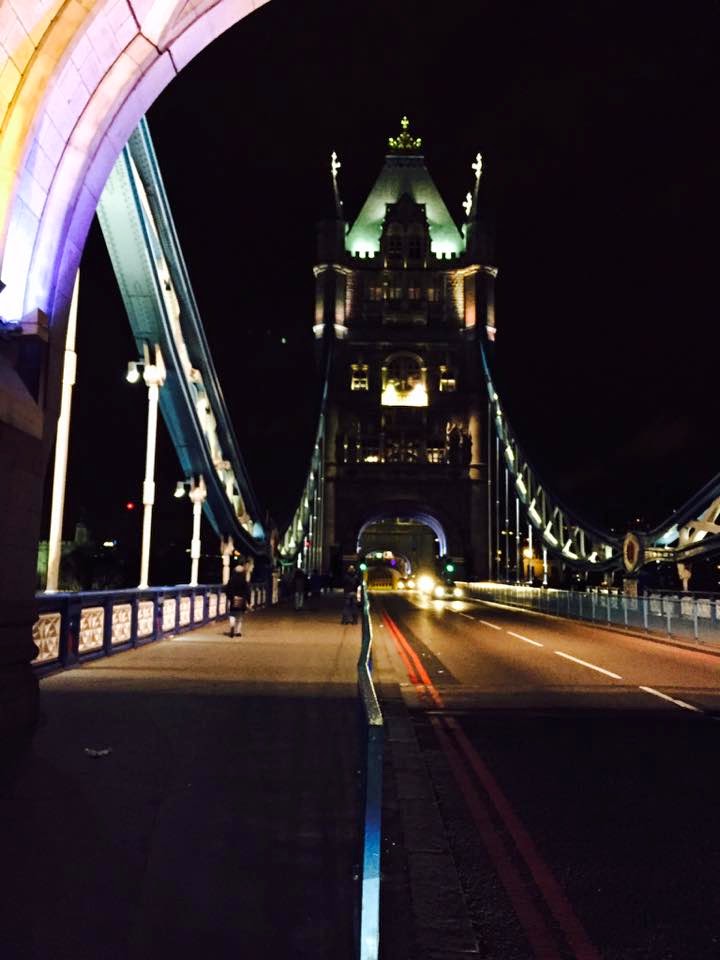