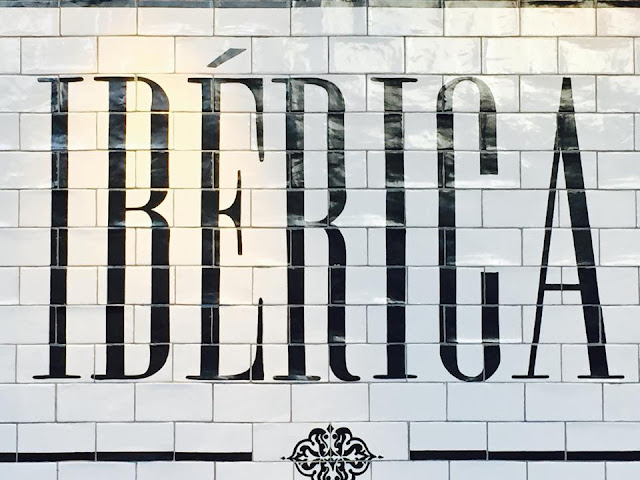 I head back to Spain a fair few times each year to see family or rediscover the concept of sunshine.

Each visit back to the motherland sees the two of us spend far too many lunches at one of the local tapas bars of southern Spain.

You would think that I'd have had my fill of tapas by the time we return to England, but this isn't the case. Spanish cuisine (the best in the World) draws me in like a bull to a matador's cape.

A couple of weeks ago Hannah and I headed into Manchester for her final checkup after laser eye surgery.  Inevitable, as is always the case when we head into the city, I suggested we grab a bite to eat instead of heading home in rush hour traffic.

Ibérica, the trendy new tapas restaurant in Spinningfields, was the obvious choice. 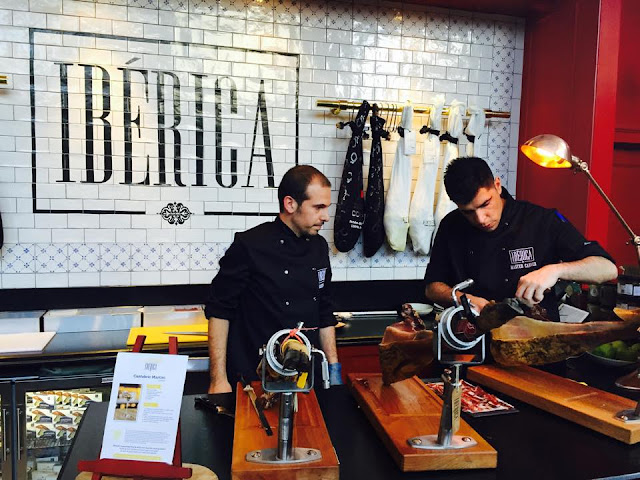 Ibérica has been the talk of the blogging community this spring and has received rave reviews from all parts.

It is clear, as you walk in, that this is no ordinary tapas bar.  The flamboyant decor certainly feels Iberian but upper class Madrileno rather than rustic pueblo. 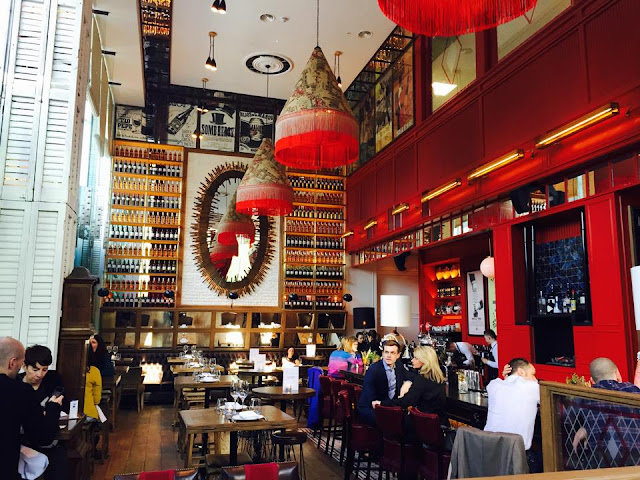 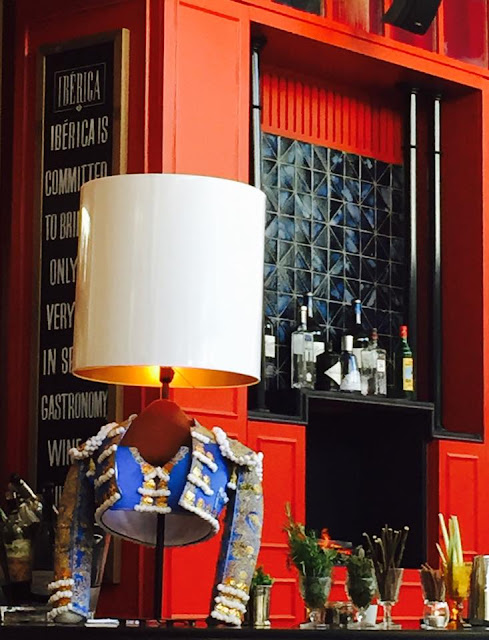 After we were seated, I ordered sangria (obviously!).  The jar based drink ended up being a triumph and one of the most perfectly mixed sangrias I have had.

Hannah had a Diva Cocktail which included a beautiful mix of cava, strawberries, and raspberries. Very refreshing for this sunny day. 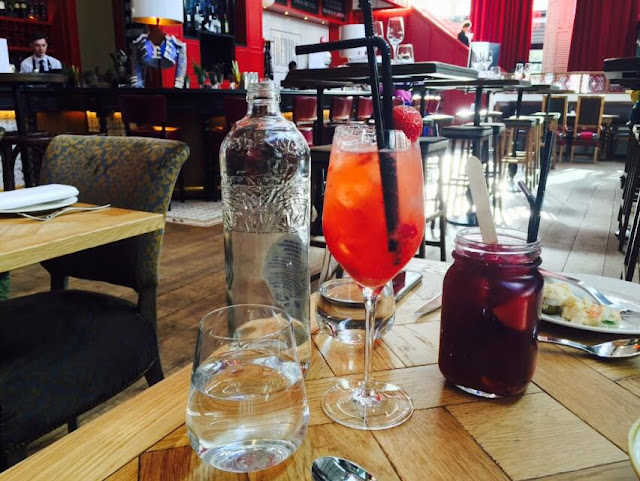 Gazpacho with red berries, beetroot and anchovies
Refined and refreshing.  I don't normally choose cold soup unless it is a boiling hot day but the flavour was superb, light and creamy. 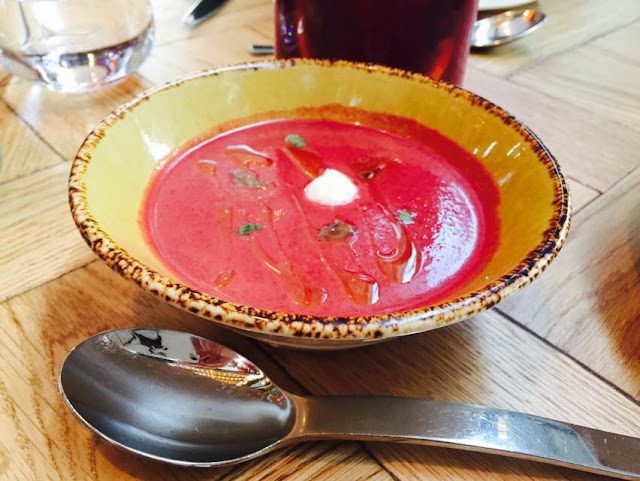 Ensaladilla Rusa
It is the law to order a tuna and potato salad when eating tapas.  My favorite! The Ibérica version is much more smooth than a traditional Spanish one but still delicious nonetheless. The Piparra peppers gave it a unique kick. 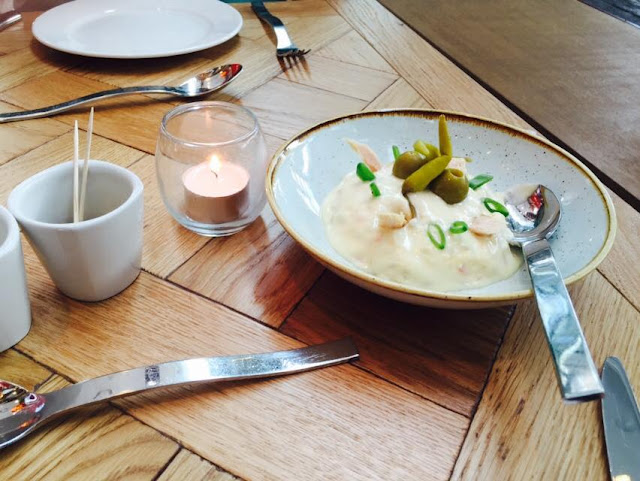 Twice cooked lamb, marinated cherry tomatoes and red peppers from El Bierzo
Succulent lamb that fell apart perfectly.  It is unusual to see lamb on a tapas menu but we loved it. 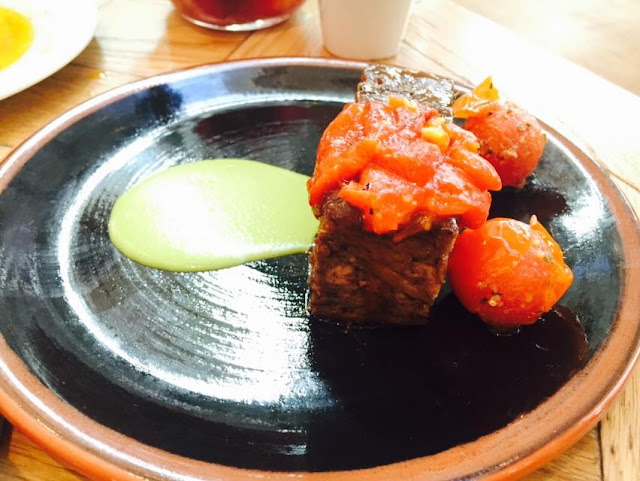 Ibérica's Serrano ham croquettes
The service at Ibérica was exceptional and José needs a special mention for his attentiveness all evening.  He recommended the croquetas which again I don't normally choose.

His recommendation was spot on - WOW!  If you go, take José's advice and try them. 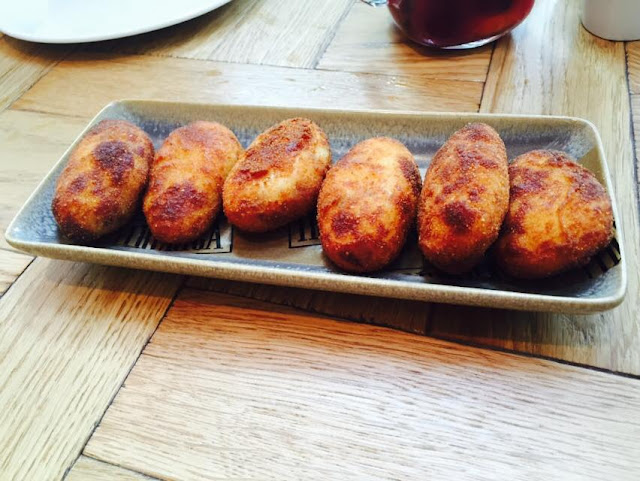 The Ibérica burger with secreto pork loin & Piparra peppers
A tapas burger?  Had to try it!  Not a bad effort and it lasted seconds before we scoffed them both. 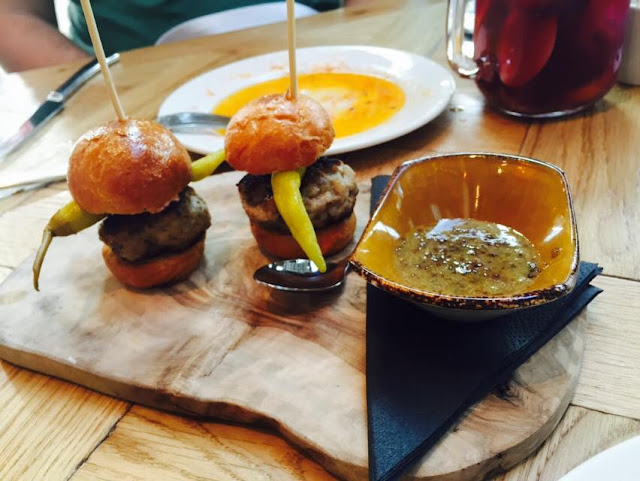 Octopus a La Gallega with potatoes & pimentón de la Vera
My Abuela's special and the traditional dish of Galicia, where my family are from. Nothing can match fresh pulpo from a pulpería in La Coruna but this was a valiant effort. I got this dish all to myself... 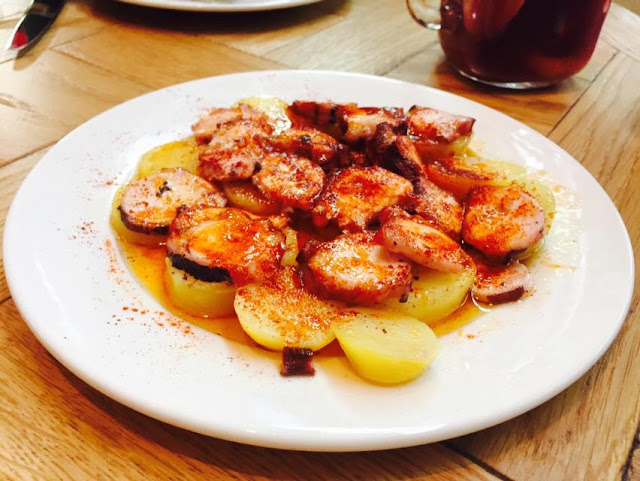 Fried chorizo lollipops with pear alioli sauce
The best thing I ate at Ibérica by a country mile.  So rich and well complimented by the adventurous pear alioli. 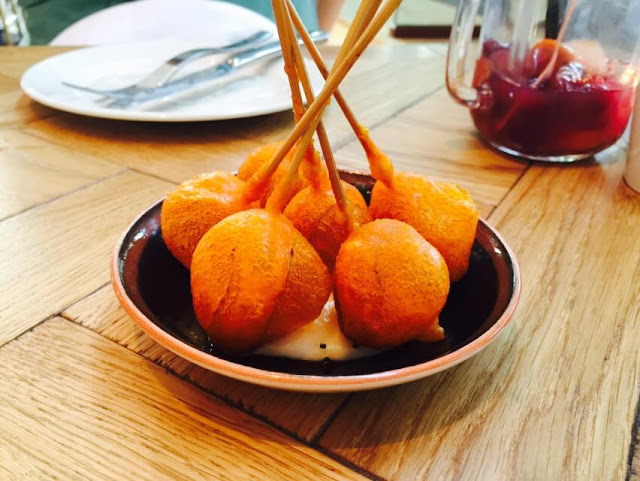 Tapas is supposed to be small, cheap bites to eat whilst you have an afternoon beer in the sun.  Ibérica doesn't try to bring a traditional style of tapería to the North West like Levanter does in Ramsbottom. Instead it offers upmarket twist on tapas, refined dishes that take you on a Spanish adventure right here in the heart of Manchester. Whilst it's not cheap, it's worth a go. 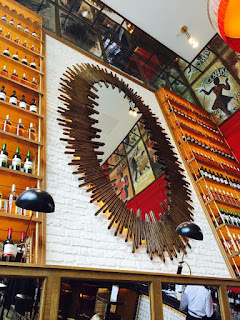 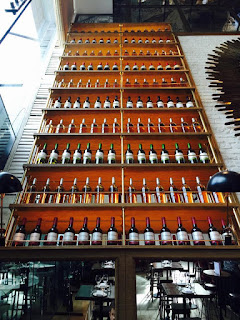 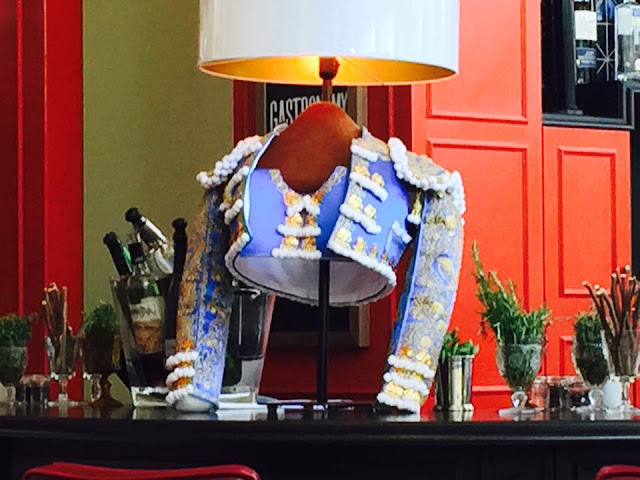